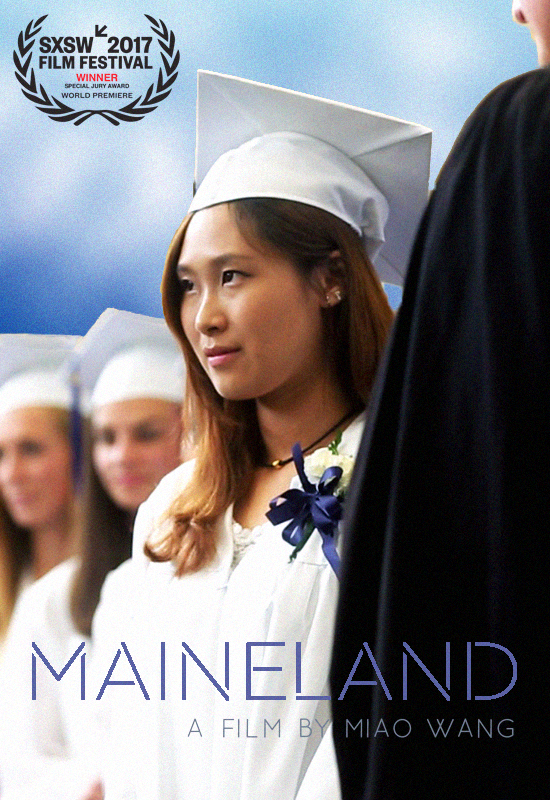 The 13th annual Camden International Film Festival will take place in Camden, Rockport and Rockland, Maine, from September 14 to 17. The weekend will feature screenings of nearly 80 documentary films from both emerging and established filmmakers, most of whom attend the festival for post-screening discussions. MAINELAND will be screened on Sunday, September 17 at 3:00pm at the Camden Opera House. Director Miao Wang will be in attendance. For more information see https://pointsnorthinstitute.org/ciff/films/features/john-marshall-award/maineland/

Over 370,000 students from mainland China are enrolled in American high schools and universities – six times more than a decade ago – with $11.4 billion contributed to the American economy. Filmed over three years, MAINELAND follows two teenagers – fun-loving Stella and introspective Harry – who are part of this enormous wave of “parachute students” from China’s wealthy elite seeking Western-style education and the promise of a Hollywood-style U.S. high school experience.Through their stories, the film observes China’s place in the in the contemporary world order, its rise, and how that rise is impacted by the West, Directed by Miao Wang (Beijing Taxi).

Founded in 2005 and recognized as one of the top documentary film festivals in the world, the Camden International Film Festival (CIFF) highlights innovative work that shows a deep commitment to the craft of nonfiction storytelling.