Chinese Education: 20 years of Evolution from Catch-up to Leadership-talk by Kyle Tong in Union-POSTPONED 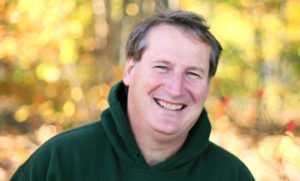 Please note that tonight’s scheduled community event at the Union Vose Library with Educator Kyle Tong will be postponed due to the inclement weather.

The event will be rescheduled to Wednesday, January 23 at 6:30 pm.

The Camden Conference presents Kyle Tong at the Vose Library in Union on Wednesday, January 9 at 6:30 pm. His talk will be “Chinese Education: 20 Years of Evolution from Catch-up to Leadership.” This event is free and open to all.

The past twenty years of education in China has been a period of constant change. There are forces internally and externally that drive these changes. Curriculum serves several masters so some aspects of the educational system are quite progressive while others remain virtually unchanged.  Having worked closely with the one-million-student school system of Hefei for two decades has allowed Tong to have a fairly unique window into the soul of China through the education of their young. Tong will talk about the traditional systems, how they have been jerked into the 20th and 21st Centuries, and how simple demographics drive so much in education as well as societal thinking. He will attempt to get beyond the stereotypes and delve deeper into the mind of the Middle Kingdom.