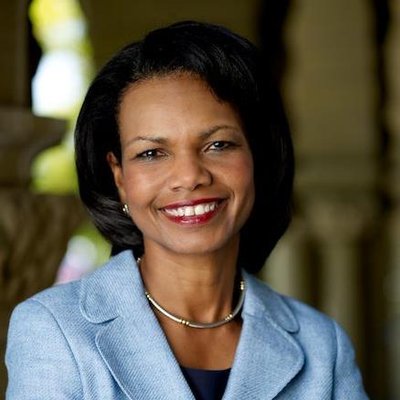 The World Affairs Council of Maine, in collaboration with Camden Conference and the National Committee on U.S. China Relations, is pleased to present the twelfth annual CHINA Town Hall. The program will take place on Tuesday, October 9, at 6pm at the Talbot Hall in Luther Bonney, USM, Portland, and features Condoleezza Rice, former secretary of state and national security advisor, as the national webcast speaker, followed by an in-person presentation by Eliot Cutler, titled, “Slipping the Noose: How the U.S and China Could Evade the Thucydides Trap.”

Free and open to the public. Suggested donation of $15 to support the programming of the World Affairs Council of Maine. Please register in advance here to ensure a seat.

Condoleezza Rice is currently the Denning Professor in Global Business and the Economy at the Stanford Graduate School of Business, Thomas and Barbara Stephenson Senior Fellow on Public Policy at the Hoover Institution, and professor of Political Science at Stanford University.

From January 2005 to 2009, Secretary Rice served as the 66th Secretary of State of the United States, the second woman and first African American woman to hold the post. She also served as President George W. Bush’s Assistant to the President for National Security Affairs (National Security Advisor) from January 2001 to 2005, the first woman to hold the position.

From 1989 through March 1991, Secretary Rice served on President George H.W. Bush’s National Security Council staff as director and senior director of Soviet and East European Affairs, and as Special Assistant to the President for National Security Affairs. In 1986, while an international affairs fellow of the Council on Foreign Relations, she also served as Special Assistant to the Director of the Joint Chiefs of Staff.

Since 2009, she has served as a founding partner at RiceHadleyGates, LLC, an international strategic consulting firm in Silicon Valley and Washington, D.C. The firm works with senior executives of major companies to implement strategic plans and expand in emerging markets.

Eliot Cutler is a lawyer, public servant, and businessman. As a lawyer and strategist for governments, business corporations and citizen groups, Eliot Cutler helped clients grapple with legal and public policy problems during a career in three law firms and two countries that spanned more than 35 years. From 2006 to 2009, Cutler lived in Beijing, where he opened the first office in Mainland China for Akin Gump, was the partner in charge of the firm’s Asia practice and represented Chinese clients in making investments outside China.

As a public servant, Cutler worked in Washington, D.C. from 1968 to 1973 for U.S. Senator Edmund S. Muskie of Maine, where he helped craft the Clean Air Act, the Clean Water Act, Superfund, the National Environmental Policy Act and other environmental laws. From 1977 to 1980 Cutler served in the White House under President Jimmy Carter as Associate Director for Natural Resources, Energy and Science in the Office of Management and Budget (OMB). Later in his career Cutler was an independent candidate for governor in his home state of Maine.

Cutler is chairman of MaineAsia LLC, a company developing Asian markets for Maine food products, and is a principal investor in ArchSolar, a company developing more efficient solar electric technologies for sustainable year-round agriculture in Maine and other northern latitudes. As a senior advisor to the Chairman and to the CEO of Thornburg, a mutual fund Cutler helped to create in 1983, he focuses on the development of Thornburg’s asset management portfolio in Asia.