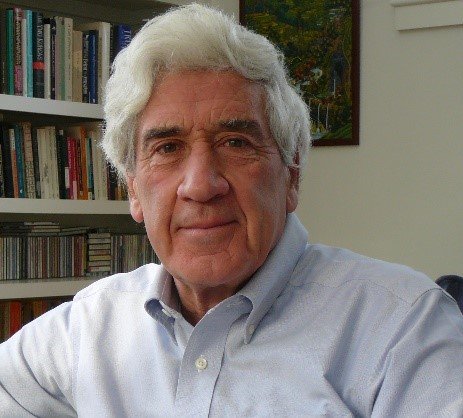 The Camden Conference presents Seth Singleton at the Belfast Free Library on Wednesday, November 14 at 6:30pm. His  talk, “China Marches West,” is free and open to all.

Several times in its long history a powerful China has marched west into the inner Asian deserts and mountains, toward Persia, the Middle East, the Mediterranean, and Europe.  Today a wealthy and powerful China is marching west again. The Belt and Road initiative sends Chinese companies and workers to build roads, railways, bridges, ports and pipelines in countries from Tajikistan and Pakistan to Croatia and Greece. These projects, financed with Chinese loans, are designed to bring resources to China, expand markets for Chinese goods, and establish China’s primacy across Eurasia.

The Belt and Road projects begin in China’s western province of Xinjiang, homeland of the Turkic Muslim Uyghurs. Uyghurs have resisted Han colonization with riots and occasional violence. China links the Uyghur resistance to Islamist international terrorism. Now China pursues a policy of mass surveillance and forced assimilation, with cameras in every mosque and perhaps a million Uyghurs indoctrinated in camps to stifle their religious and cultural identity.

We will look at China’s westward strategy and initiatives, and the reactions to them, and we will consider the fate of the Uyghurs.

Seth Singleton teaches international relations at the University of Maine.  He studied Russian history and literature at Harvard and political science at Yale.  He has held grants from the Rockefeller Foundation, the National Council on Soviet and East European Research, the Kennan Institute, the Fulbright program, and the Open Society Institute. He has lived in Tanzania, Ecuador, Russia, and Vietnam and consulted in China, Mongolia, and Bolivia.  He has been faculty research associate at Harvard and academic dean in universities in the US and overseas.  Teaching is what he most enjoys, and he appreciates Maine students for their intelligence, curiosity, open-mindedness, ambition, and insistence on making the world a better place.