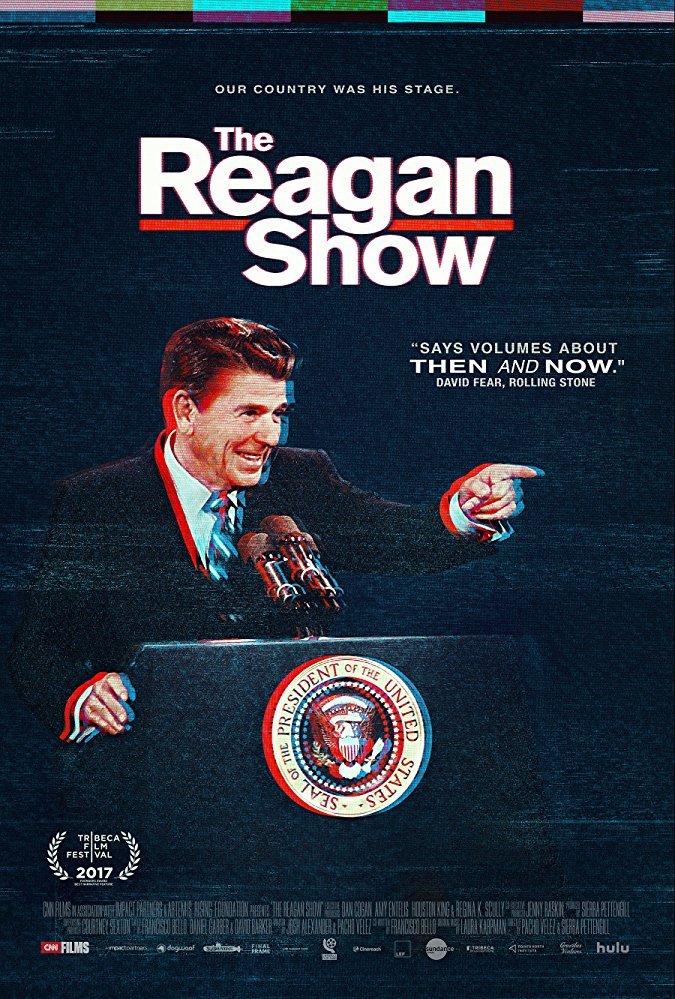 The Reagan Show is an all-archival documentary about the original performer-president’s role of a lifetime.

The screening takes place on Sunday, September 17, 3:00 p.m. at the Strand Theatre in Rockland. Director Sierra Pettengill will be in attendance.  For more information, please visit https://pointsnorthinstitute.org/ciff/films/features/best-of-fest/the-reagan-show/.

Teasing apart the spectacle at the heart of finger-on-the-button global diplomacy, the film follows Ronald Reagan’s rivalry with charismatic Soviet leader Mikhail Gorbachev, tracing how the Communicator-in-Chief uses his public relations chops to overcome Soviet mistrust, the objections of a skeptical press corps and the looming threat of WW III.

Chock full of wit and political irony, and told solely through 1980s network news and videotapes created by the Reagan administration itself, the film explores Reagan’s made-for-TV approach to politics as he faced down the United States’ greatest rival.

The Camden Conference is proud to co-host the screening of this documentary with the Camden International Film Festival in anticipation of the 31st Annual Camden Conference—New World Disorder and America’s Future, February 16-18, 2018, live at the Camden Opera House and streamed to satellite venues: Hutchinson Center in Belfast, Strand Theatre in Rockland, and USM’s Luther Bonney Auditorium in Portland.