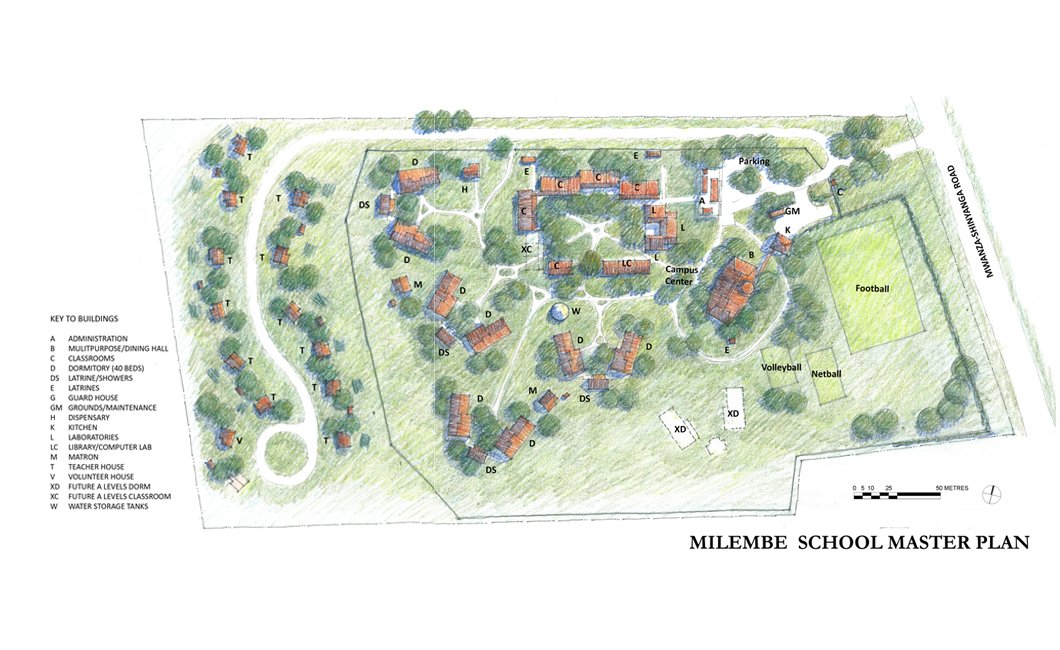 The Camden Conference in partnership with the World Affairs Council of Maine presents a panel discussion on the design and building of the Milembe School in Tanzania with the founders of the nonprofit organization Africa Schoolhouse, Aimee and Mark Bessire, and architects Pamela Hawkes and Mark Teas of Scattergood Design, Portland at the Kennebunk Free Library on Wednesday, January 6 at 6:00pm. The event is free and open to all.

Less than 1% of girls in Tanzania complete secondary school.  Limited family resources, excessive domestic duties, early marriage and long, unsafe travel distances all mean that girls are the last family members chosen for schooling and the first to drop out.  Rural Misungwi District on the southern shores of Lake Victoria is one of the poorest in the region around Mwanza, the country’s second-largest city, and ranks second to last academically.  Milembe School will be the first government campus dedicated to girls in the District.  As volunteers with the American NGO Africa Schoolhouse, Scattergood Design researched girls secondary schools throughout the region and prepared a master plan for a campus to accommodate 410 girls in six class levels.

Africa Schoolhouse began in Ntulya, Tanzania in 2006. Village elders approached founder Dr. Aimée Bessire with the idea of building a school for their children and a medical clinic for the entire community. Dr. Bessire, who has a decades long relationship with the people of Ntulya, left the conversation that night determined to take action. Within six months, the Africa Schoolhouse board was assembled. The all-girls boarding school in Tanzania is their latest project.

African Art and Textiles will be displayed at the Kennebunk Free Library in February 2016.