An event every week that begins at 9:30 am on Tuesday and Friday, repeating until October 23, 2014 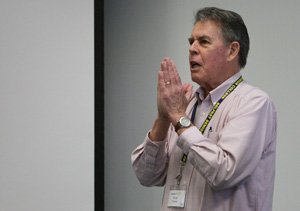 Today, fifteen years after Vladimir Putin emerged from near obscurity to become heir-designate to Russian President Boris Yel’tsin, Winston Churchill’s description of Russia remains apt – “a riddle, wrapped in a mystery, inside an enigma.” As Putin approaches the mid-point of his third term as president, Russia remains a giant puzzle – a great power with only three major attributes: its geography, nuclear arsenal, and its hydrocarbons. And most Western observers still wonder: who exactly is Vladimir Putin, what does he want from us, and how should we deal with him? This course will review the progress that Russia has made over the past few years in regaining respect both at home and abroad, instituting a new system of government, putting its economic house on a more solid footing, and recovering what many Russians regard as their proper place in the world. But first, inasmuch as all major decisions in Moscow flow down from the top, we need a clearer picture of Mr. Putin, in all his many guises: for example, a prototypical “Soviet man” who has become the ruthless CEO of “Russia Inc.” And a Russian nationalist – riding a tiger that he cannot control as ultranationalism sweeps across his beloved “Rossiya” (Russia).

About the Instructor: Dick Topping has been a student of Soviet and Russian affairs for over fifty years. After having been stationed in West Berlin at the height of the Berlin Crisis, he spent thirty years at the CIA, serving as a senior analyst for both Soviet domestic politics and Soviet Russian foreign affairs. He retired from the CIA in June 1995 and has lived in Belfast for more than fifteen years, during which he has served on several civic boards as well as the board of the Camden Conference. Conference. He holds degrees from Lehigh University, the U.S. Army Language School, and Columbia University, and has taught several earlier courses at Senior College.