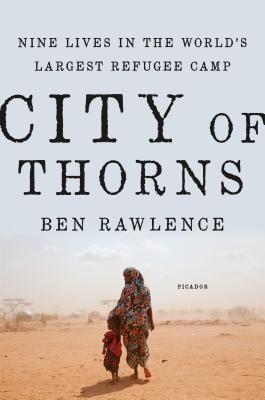 The Auburn Public Library will have a book discussion on City of Thorns by Ben Rawlence on Monday, February 6 at 1230 p.m.

To the charity workers, Dadaab refugee camp is a humanitarian crisis; to the Kenyan government, it is a ‘nursery for terrorists’; to the western media, it is a dangerous no-go area; but to its half a million residents, it is their last resort.

Situated hundreds of miles from any other settlement, deep within the inhospitable desert of northern Kenya where only thorn bushes grow, Dadaab is a city like no other. Its buildings are made from mud, sticks or plastic, its entire economy is grey, and its citizens survive on rations and luck. Over the course of four years, Ben Rawlence became a first-hand witness to a strange and desperate limbo-land, getting to know many of those who have come there seeking sanctuary.

This presentation is hosted by the Auburn Public Library and offered as a free community event in in anticipation of the 30th Annual Camden Conference -Refugees and Global Migration: Humanity’s Crisis, February 17-19, 2017. The 30th Anniversary Camden Conference Community Events Series is supported in part by the Maine Humanities Council.