Bilateral Trade: The Canadian Perspective with Rodger Cuzner, Consul General of Canada in Boston-in-person and ZOOM 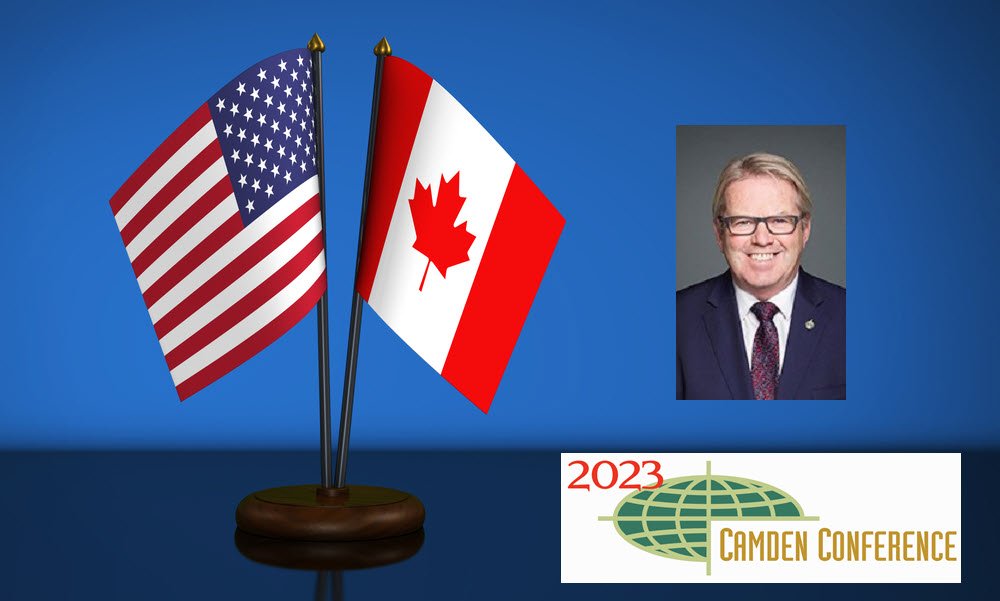 The Camden Conference and Scarborough Public Library host Rodger Cuzner, the Consul General of Canada in Boston on January 23rd at 6:30 p.m. He will discuss and answer questions from his office in Boston about the incredibly important bilateral trade relationship between Canada and the United States. You can attend directly via Zoom or participate in the virtual presentation and discussion with others while at the Library.

Consul General Cuzner grew up in Glace Bay, Nova Scotia and graduated from St. Francis Xavier University. He was elected to the Canadian House of Commons in 2000 to represent Bras d’Or Cape Breton and served until his retirement from Parliament in 2019.

While in Parliament, he worked to build the tourism industry in the scenic part of Nova Scotia he represented and also worked on national workforce and labor relations issues. Prior to this appointment, he worked in the private sector as Senior Advisor at Rubicon Strategies in Ottawa.

When in Canada, he lives with his wife along the Mira River in Cape Breton.

This program is brought to you as part of the 2023 Camden Conference, and as part of a collaborative programming partnership with Kennebunk Free Library, Patten Free Library, Scarborough Public Library, and Prince Memorial Library.