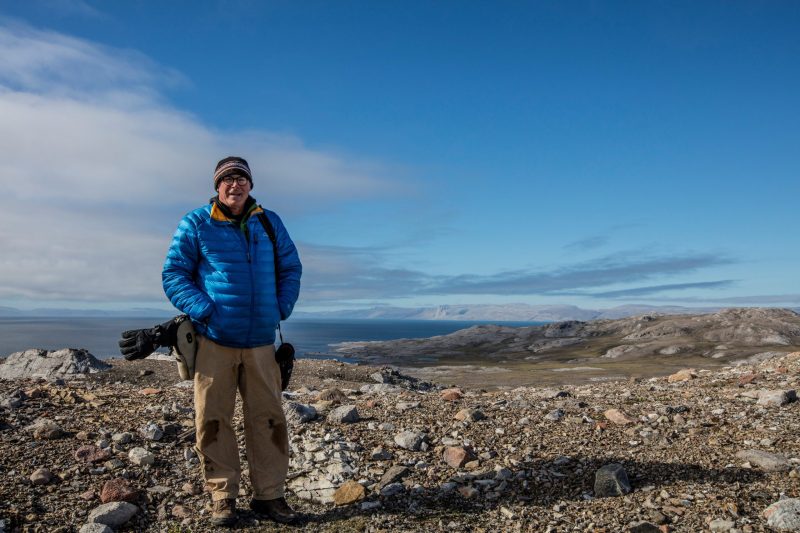 The Camden Conference and Camden Public Library will present renowned photographer and co-founder of the Island Institute, Peter Ralston. In the summer of 2016, aboard a friend’s yacht, he roamed all the way to Greenland and the fabled Northwest Passage. This trip afforded him “a privileged front row seat in most dramatic theatre of rapid climate change on the planet.” He will appear via Zoom on November 17 at 6:30pm. Please contact jpierce@librarycamden.org for a link to the talk.

Ralston’s photographs document the austere and severe beauty of the landscape, as well as Inuit villages and hunting camps, polar bears, and whales, all under the midnight sun. They feature many stark and surprising indicators of climate change.

“Climate change is obviously not a ‘hoax;’ the core questions are to what extent are we actually culpable as well as what can we as a species do about our contribution to it all,” Ralston says. “There were many lessons to be learned up north that can be applied to our own changing Gulf of Maine and the fisheries that support so many here.”

Peter Ralston’s Maine work has been widely published as well as exhibited in galleries, collections and museums throughout the United States and abroad. In 2003 he was awarded an Honorary Degree at Colby College for his photography as well as his role as co-founder of the Island Institute. Ralston Gallery in Rockport can be found at www.ralstongallery.com.