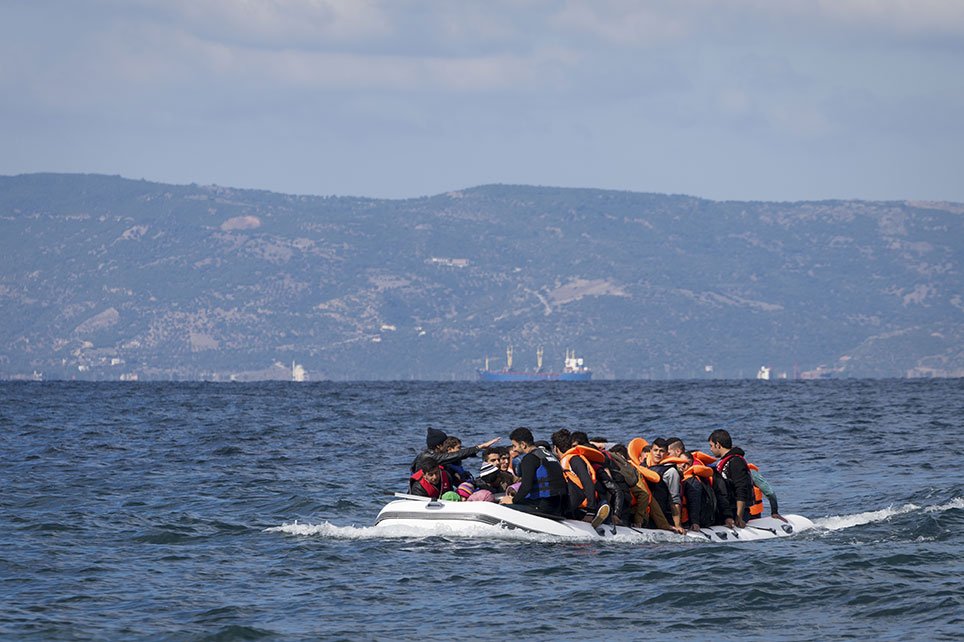 More than 65 million people are on the move, seeking safety and better lives for themselves and their families.  Across the Middle East, in Central America and Sub-Saharan Africa, Central and Eastern Europe, and in South and Southeast Asia, an unprecedented migration of people is underway.  An estimated 55% of the migrants are women and children.  In many cases, these children will spend their entire lives moving from one temporary residence to another, without the opportunity for schooling.

People are fleeing their homes for a variety of reasons:  wars, ethnic and religious conflicts, corruption and crime, and the devastating consequences of climate change.  Some are welcomed, at least temporarily.  For others, the doors are slammed shut and barbed-wire fences erected.  Some leaders are willing to commit resources at the risk of their political futures.  Others stoke fears of dire economic consequences and of criminals and terrorists who might gain refugee status, choosing to ignore International laws, treaties and customs that historically ensured safe passage and the possibility of permanent residence.   The post-World War II international framework that was put in place to meet what was then an unprecedented flow of peoples across borders is now facing its most severe crisis.

The 2017 Camden Conference will examine this unprecedented global surge in migration and the refugees it has created and consider how we should meet this crisis.

• What are the appropriate and most effective international responses to the refugee crisis?

• How can we best deal with failed states and terrorist ideologies that are both cause and effect of many mass migrations?

• In what ways are race, ethnicity, and religion creating regional dislocation?

• How is climate change contributing to this situation, and what policies can be adopted to limit its impact?

• What are the challenges for countries absorbing great numbers of new immigrants, and how might the existing world order be altered by these challenges?

• How should the world refugee crisis be addressed by the United States? Do we have a special obligation as a country built by immigrants?

These volatile issues dominate the media today, and they will undoubtedly be unresolved in 2017, when a new administration will be in place in Washington and the next Camden Conference is convened.

The Camden Conference looks forward to having you come back to help us learn about and debate these challenges in February 2017.