“Sino-U.S. Relations: Global Competitors or the Inevitability of Armed Conflict” talk by John Doughty in Falmouth 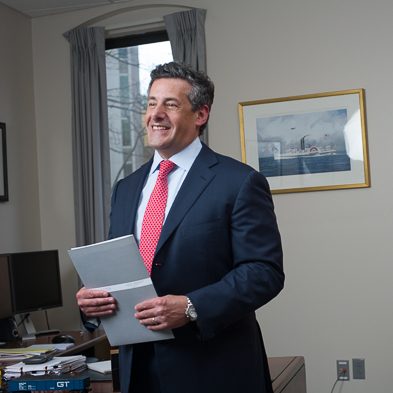 The Camden Conference presents John Doughty at the Lunt Auditorium, Ocean View, Falmouth, on Tuesday, December 4 at 6:30pm. His talk is titled “Sino-U.S. Relations: Global Competitors or the Inevitability of Armed Conflict.” This event is free and open to all.

Sino-U.S. relations are approaching a low point.  With tensions building on the trade front and the increased risk of a confrontation in the South China sea, will Thucydides’ trap be sprung?  Can the world’s two super powers move forward peacefully?  We will examine five key historical events in China’s past which may provide a guidepost for future economic and military relations between the two countries.  Further, we will discuss the ongoing trade war between China and the U.S. as well as Chinese military developments.  As America increasingly looks inward, the probability of Chinese efforts to cement their position as a global economic and military leader has risen.  Will America pivot to meet this challenge?  The answer to this question could have profound implications for humankind.

John Doughty is currently Vice President and Chief Investment Officer for R. M. Davis,  in Portland, Maine. John leads the firm’s research effort and is Chair of the Investment Committee. In addition, he focuses on the Energy sector of the economy in his research and presents regularly on global economic and market trends to business partners in the community. Prior to joining R. M. Davis, John was a Vice President of Equity Research at Credit Suisse First Boston in New York. Before joining Credit Suisse, John was a Vice President of Fixed Income Research at Bear Stearns in New York. John also was a Senior Financial Analyst for Bath Iron Works, after completing the company’s two year Management Development Internship program. John earned his B.A. (cum laude) in History and Government and Legal Studies from Bowdoin College and his MBA in Finance and Marketing from the University of Chicago Graduate School of Business. John also completed graduate course work in Middle Eastern Studies at the University of Chicago. He is a member of the Economic Club of New York, the CFA Institute, the National Association of Petroleum Investment Analysts, and the Foreign Policy Association. John has served on numerous community boards. Presently, he serves on the Pine Tree Council’s Investment Committee, the Maine Historical Society’s Board of Trustees, the World Affairs Council of Maine’s Board of Directors, and the Camden Conference’s Board of Directors.

The event is hosted by the Falmouth Memorial Library in anticipation of the 32nd Annual Camden Conference “Is This China’s Century?” February 22-24. 2019.