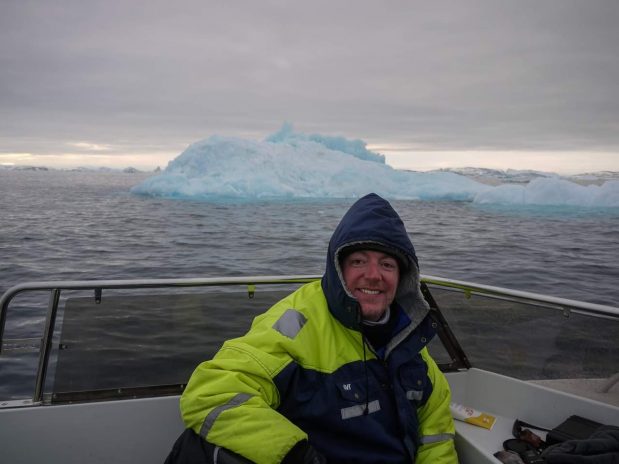 The Camden Conference and Rockland Public Library presented Dan Bookham in a Zoom presentation on Thursday, October 1, at 6:30 p.m.  on his adventures in Ammassalik.

In early June 2019 Dan Bookham received a cryptic message from an Icelandic friend asking him to call her when he got a second. Six weeks later he was bobbing in a 24-ft boat on the Arctic Ocean off the coast of Greenland, 500 miles from the next nearest humans, and scanning the shoreline for Inuit and Norse ruins. In his talk, Bookham unveiled what the expedition found, saw, and experienced along the way.