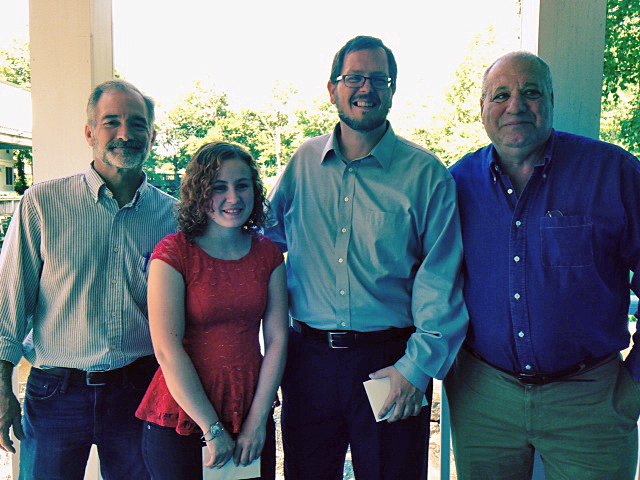 Winners of the 2015 College Student Essay Contest on Russia were awarded their prizes at a meeting with the Camden Conference Education Committee – College team on August 13, 2015. Peter Imber, Camden Conference President, presented the awards: Brad O’Brien, first prize with a $500 award, and Stacie Gooldrup, second prize with a $300 award. Professor Peter Lodge from the University of Maine at Augusta congratulated his two award winning students. Our best wishes to Brad and Stacie as they pursue their future ambitions and dreams.