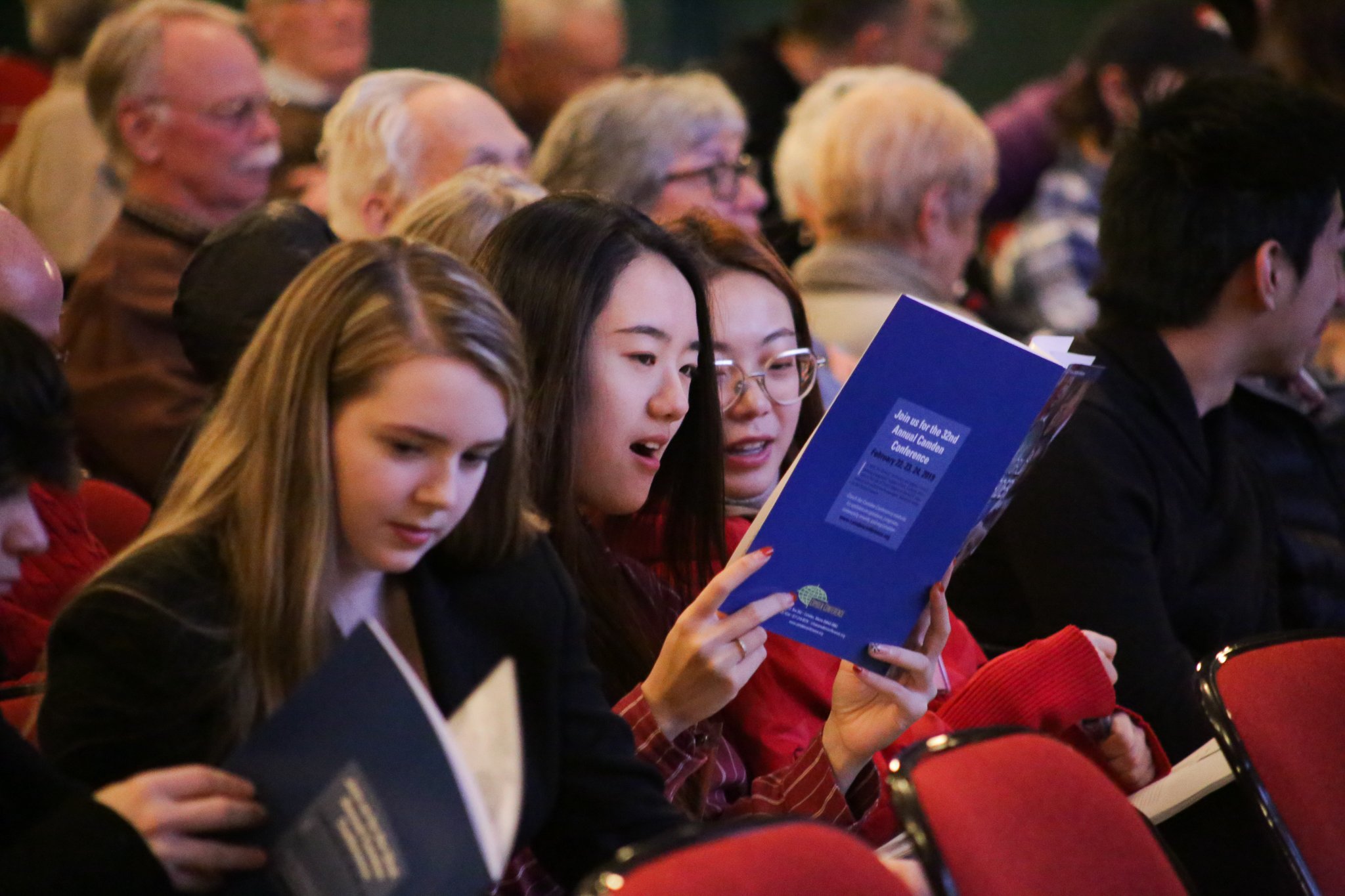 The Camden Conference and certainly the Education Committee believe that an important part of our mission is to help prepare the Maine students of today to be global citizens of tomorrow.  We are committed to the participation of college and high school students at the Conference.  The 2018 Camden Conference on New World Disorder attendance of over 200 students and teachers came close to the record attendance of the 2017 Conference on global migration.   From reports from students and their teachers in the colleges and high schools which attended at the Strand, the Hutch, and the Opera House, this was a most successful Conference. 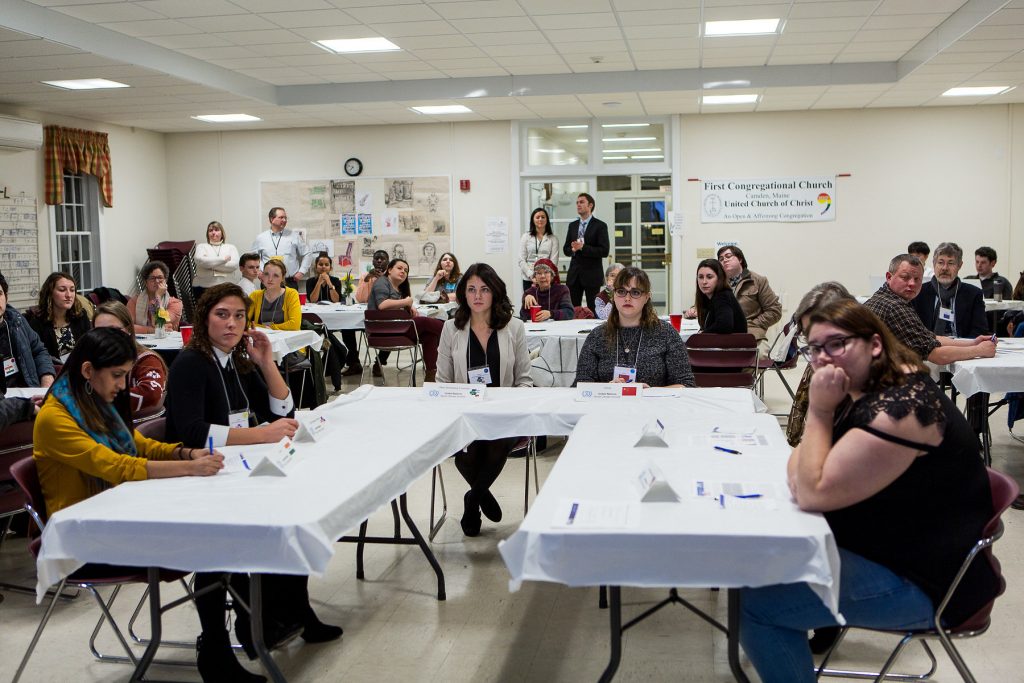 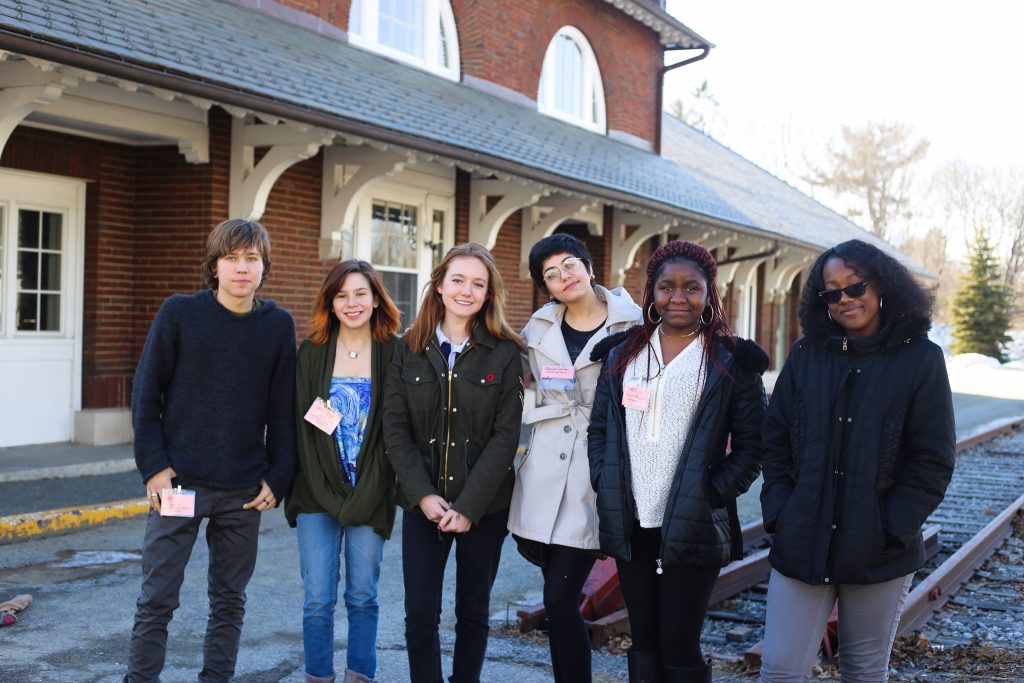 Any student who attends the Conference is eligible to enter the Bill Taylor Essay contest.  Most college and high school courses on the Conference theme run through June, so the papers are due by May 25. Once chosen, winners will be announced on our website.

The spring workshop for the CCC teachers was held in early April. The teachers shared ideas and resources among each other to prepare for the 2019 topic of China.  One teacher offered to visit interested schools, accompanied by a colleague from China, to discuss the difference in school programs between China and Maine.  Students could ask questions in an informal setting.   The Farnsworth Art Museum offered the teachers the opportunity to view dissident Chinese artist Ai Weiwei’s show, which will be available through December 2018.    The Farnsworth also offered to work with any CCC school next year who wanted to bring students or offer a wider program of art in the classroom.

The Education Committee of the Camden Conference is currently working on a 5-year-plan for the CCC program, which will hopefully expand the program. The students that have attended the Conference since the CCCs inception in 2015 have described the experience in glowing terms:

“This year’s Camden Conference gave me wonderful insights on today’s foreign relations and the world around me. I decided to join this program for a few reasons. One reason was that my sister went her junior year to the Camden Conference and told me how spectacular it was, but my main reason for wanting to attend the conference this year is because of my own personal story. I was adopted from China at a very young age, and I don’t know that much about where I came from or how the nation I came from is viewed. When I found out there was a panel on China’s foreign policy I was very intrigued and it was one of my favorite speakers at the conference…My biggest takeaway from the conference is that we need to do more and it is up to the people to get the ball rolling on important social, political, and economic issues. People often sit around and complain when something that they believe is wrong happens, but if we all work collectively to get the facts right and act, we can change something.” -Edward Little High School student

“If you want to have real change in the real world, you will have to participate in politics.”-Gould Academy student

“The conference overall was very informative and engaging. The superb selection of speakers took a large, abstract topic (New World Disorder) and effectively relayed it to the audience with  […] narrow, tangible points and perspectives. To the conference and event organizers, I would like to mention that numerous colleges have looked favorably on my attendance at the conference. The opportunity to send high school students to such an important event is incalculably valuable, and we are very grateful to have it.”-Piscataquis Community High School student