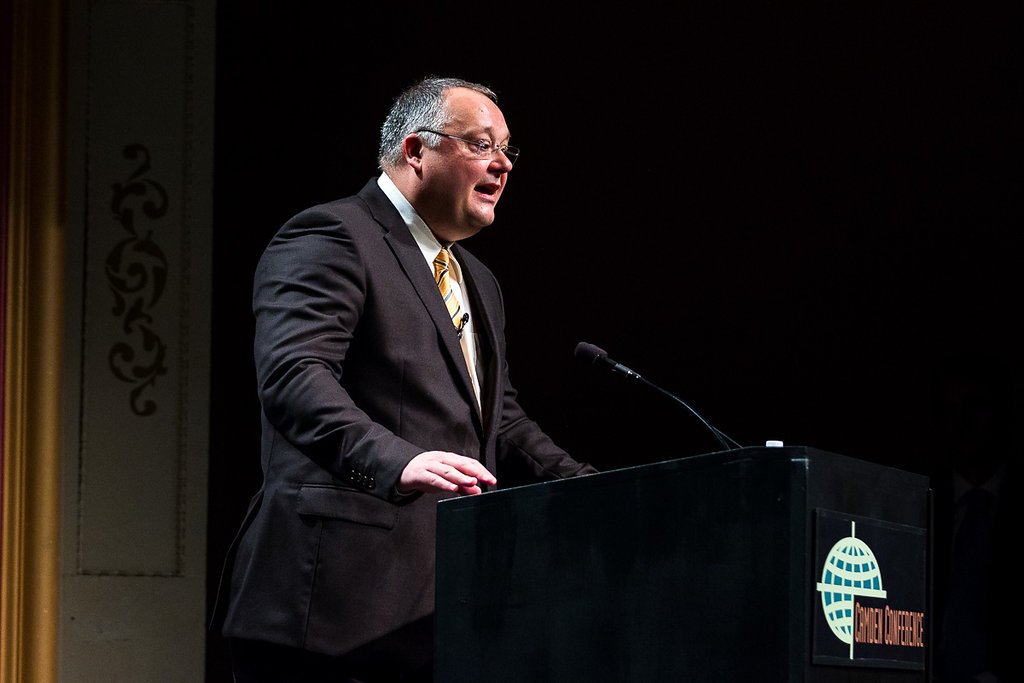 Camden Conference in the World-October 2017

New World Disorder and America’s Future is not only the title of the upcoming 2018 Camden Conference, it’s also a theme being addressed these days by many speakers in previous Camden Conferences. Germany has been a particular focus for past speakers, especially since the far-right populist Alternative for Germany (AfD) party got nearly 13% of the vote in recent elections.

Cas Mudde wrote in The Guardian right after the late September German election that the results “mainly shows de-alignment from the mainstream parties, rather than re-alignment to AfD.”

Angela Merkel, whom many look to as a bulwark of stability amid the global disorder, won a fourth term as Chancellor but with a sharply decreased share of the vote. Mudde, a University of Georgia professor and active commentator on populist politics, had an uncomfortable message for those who view Merkel as a pillar of Western stability. The election was in many ways “an anti-Merkel vote, reflecting opposition to her controversial Willkommenspolitik towards refugees.”

Another 2017 Camden Conference speaker, Gerald Knaus, remains in the forefront of efforts to help Merkel and other European leaders keep the influx of refugees within both politically acceptable bounds and humanitarian principles, according to a recent profile in Foreign Policy magazine. “For months, Knaus has been shuttling between the EU and Turkey to listen, persuade, and cajole policymakers and to rally the European public” behind the now struggling EU deal with Turkey, spearheaded by the think tank Knaus heads, which dramatically slowed the flood of Syrian and other refugees into Europe last year. Knaus has also been advocating a similar policy for African refugees trying to enter Europe by boat from Libya.

A proposal by Russian President Vladimir Putin that UN peacekeeping forces be deployed in war-torn eastern Ukraine “likely was not sincere, but Ukraine and its friends in the West should test the proposition,” Brookings Institute Senior Fellow and past US Ambassador to Ukraine Steven Pifer wrote last month in The National Interest. Pifer, a 2015 Conference speaker, also made the news by joining other former senior government officials in signing a letter urging senators to block funding for a missile that would contravene a key Reagan-era arms-control treaty. The missile would “provide a propaganda bonanza” for Putin and “further alienate allies in Europe,” Pifer and other signatories argue.