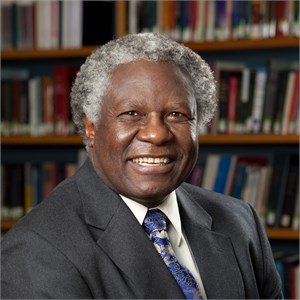 Camden Conference in the World-December 2018

As the holidays approach, what better person to turn to for an upbeat take on the “disorder” often apparent in the world around us than Calestous Juma, the Harvard professor and renowned expert on technology and economic development who brought such joy to the 2014 Food and Water Camden Conference. Juma argued in The Conversation last month that, “Africa has become a testing ground for technological leapfrogging.” Threats to the cohesion of nation states are a frequently cited sign of disorder, and the rapid spread of often seemingly alien and uncontrolled technology is another. Juma bucks the trend from both angles in citing use of iris recognition by the breakaway state of Somaliland to insure against voter fraud.

Two favorites from the 2016 Camden Conference on The New Africa have also provided positive takes of late on our sometimes seemingly troubled world. Kah Walla, Cameroon opposition leader and head of management consulting group Strategies!, made seven suggestions for powering development in Cameroon, ranging from a sharper turn to solar and small hydro projects, to more help from investment specialists in encouraging public-private partnerships (PPPs). “The region is rich in resources; there are no more excuses, let’s just do it!,” the ever-enthusiastic Walla is quoted as telling a recent energy conference. From Zimbabwe, listen to the magical voice of National Public Radio correspondent Ofeibea Quist-Arcton report on how a nation found its “collective voice” and “lost their fear to speak out” with the retirement of  37-year national leader Robert Mugabe.