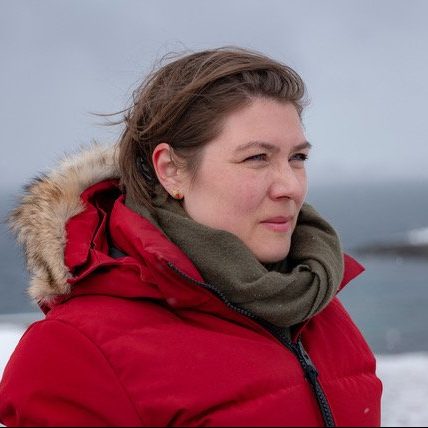 Camden Conference in the World-September 2022

Camden’s 2021 Geopolitics of the Arctic conference speaker, Chair of the Inuit Circumpolar Council Sara Olsvig, emphasized the importance to indigenous people of the UN General Assembly’s July 28 recognition of “access to a clean, healthy and sustainable environment” as a universal human right. “For decades, Inuit have advocated for governments to recognize that the human rights of Inuit are deeply and directly affected by climate change and by pollution of our land, waters, and air,” Olsvig explained. The UN declaration is “an important step in holding governments and businesses accountable for the protection of our Arctic environment,”` she said.

Camden’s 2021 keynoter, former Iceland President Ólafur Ragnar Grímsson, chaired an Arctic Circle Greenland Forum in Greenland during the last week of August. The Forum highlighted Greenland’s increased international importance in recent years due to climate change and, more recently, its potential as a bridge between North America and Europe and between the US and China on Arctic issues, Grimsson told Radio Canada’ International’s co-production Eye on the Arctic in an interview just before the conference.

City University of New York professor and Camden’s 2020 Media Revolution conference speaker Jeff Jarvis took to blog publishing site Medium – not the media per se – to issue a scathing critique of the media’s unwillingness to cover and analyze itself. Written on the occasion of CNN’s cancellation of Brian Stelter’s “Reliable Sources” program on the media, Jarvis charged television and print journalists alike with being unwilling to cover their own industry: “Media —so eager to criticize everyone else — are frightened of criticism themselves.”

Jarvis’ fellow 2020 speaker Courtney Radsch — an author, activist and advocacy director of the Committee to Protect Journalists — targeted an attack last month at social media platforms. These companies have designed their sites in a way that “facilitates the use of these platforms in information warfare,” such as that practiced by Russia since its invasion of Ukraine, Radsch wrote.

Ma Jun, an independent environmental activist when he spoke to the 2019 Camden Conference and now director of the Beijing-based Institute of Public and Environmental Affairs, provided helpful background on the low water levels on the Yangtze River that cut electricity supply to significant parts of southeastern China this summer in an interview with the Chinese Communist Party owned Global Times just before the drought broke in late August. In the Hong-Kong-based South China Morning Post, Ma had earlier suggested that authorities along the Yangtze might have to reconsider their heavy reliance on hydropower in order to avoid seeing large manufacturers move out in order to get steadier power supply.