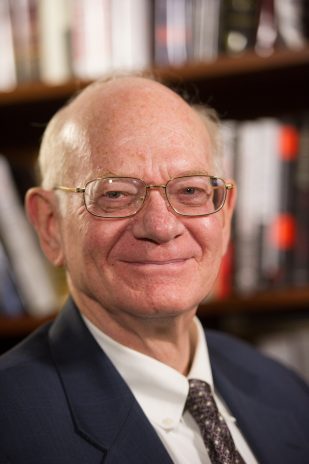 Camden Conference in the World-September 2021

The shambolic American withdrawal from Afghanistan is reverberating as loudly through Camden Conference alumni circles as it is through the global foreign policy establishment as a whole.

Ronald Neumann, US Ambassador to Afghanistan from 2005-07 and 2010 Camden Conference speaker, told ABC News that the US has “a big moral obligation that goes way beyond the special immigrant people.” People who fear bringing so many refugees from that war-torn country into the US ignore the fact that “the people you’re going to bring, the people at risk, these are going to be the young, educated, elite of the country.” Just days earlier, before the fall of Kabul, Neumann told NPR about his early adventures in Afghanistan and what he felt the US could do, even at that late stage, to halt the complete Taliban takeover that soon followed.

Retired senior US diplomat and writer on both China and the Middle East, and participant in multiple Camden Conferences, Ambassador Chas Freeman was interviewed on the US pullout from Afghanistan by China’s Global Times. The US objectives in Afghanistan — basically ousting a regime that had harbored the terrorists who attacked the US on 9/11 — “were accomplished really within six weeks. That was enough, we should have left. People were never able to accurately, precisely explain why we were still fighting in Afghanistan.” He added: “If you fight a war and you don’t know what the purpose of the war is, you’re going to fail.” The US has now “handed a problem to Afghanistan’s neighbors,” notably China, India and Pakistan.

Taking a long, calm view of developments that have generated such waves of anxiety and recrimination, Stephen Walt, 2018 keynoter and Belfer professor of international affairs at Harvard, wrote in Foreign Policy of the US withdrawal from Afghanistan: “The proper lesson is not that the United States ought to fight more stupid wars for the sake of so-called credibility but that it needs to start holding those responsible for these repeated errors accountable and try to figure out why they keep making the same mistakes.” (Non-subscribers to Foreign Policy can find part of the commentary here.)

Just before the fall of Kabul to the Taliban, the moderator from Camden’s 2017 conference, Jeanne Bourgault, joined with 2010 conference keynoter Ahmed Rashid in a New York Times op-ed describing the “vibrant networks of radio, television and online media” that had grown up in Afghanistan and calling for protection of the journalists who comprised those networks. Bourgault is president of Internews, a non-profit that supports independent journalism, and Rashid is a Pakistani journalist and author, including of 2001 bestseller Taliban: Militant Islam, Oil and Fundamentalism in Central Asia. He recently told NPR that little about the Taliban has changed in the 20 years since his book came out.

The US departure from Afghanistan is also being widely assessed from beyond our borders. Russian foreign policy commentator Fyodor Lukyanov, editor of Russia in Global Affairs and a 2015 speaker in Camden, sees Biden’s justification of the US pullout from Afghanistan as definitive evidence that “America’s new top priority is its domestic interests, and it will protect them by any means necessary. That’s all that matters to the US, and the rest of the world should be ready for the consequences.” Hossein Mousavian took a nuanced, “too-soon-to-tell” view on the significance of the Taliban takeover of Afghanistan in The National Interest. Mousavian is an Iranian commentator who teaches at Princeton and spoke in Camden in 2013.

Martin Jacques, keynoter from the 2019 conference on China, wrote in China’s Global Times newspaper that the Taliban takeover of Afghanistan “brings into question the competence of [America’s] political and military leadership, its willingness to engage in further military entanglements, and its reliability and commitment as an ally.” Nonetheless, the chance that China will become militarily involved in Afghanistan in place of the US is “zero,” he insists. ”China, in the longer term, will attach the greatest importance to how it can assist in the economic development of the country, just as it has done in Africa, Latin America and South East Asia.”  Afghanistan wasn’t the only foreign policy topic in the news or under discussion by past Camden Conference participants last month – even if it seemed at times to be. The nomination as Ambassador to China of past speaker and conference moderator of several years, Nicholas Burns, finally came through in early August, several months after his selection became public. China’s view of the appointment was relatively benign, judging by this report in China Global Television News. Also, one of the numerous cases brought by the Philippines government to try and silence Rapler.com founder and 2020 conference speaker Maria Ressa was thrown out by a Philippine court.