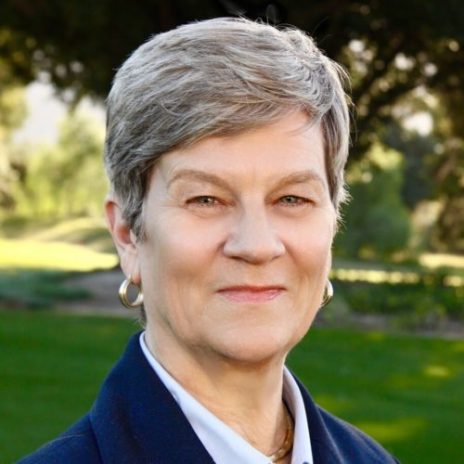 Camden Conference in the World-October 2020

The concern about the spread of inaccurate news in social media that was featured at the 2020 Camden Conference on “The Media Revolution” heightens almost daily with the approach of the 2020 election. But should social media players such as Facebook and Twitter be the ones deciding what news is fake or dangerous? Kathleen Hall Jamieson, a 2020 Camden favorite and cofounder of FactCheck, says no. Recalling how radio stations had to be regulated to make them provide balanced political coverage, the University of Pennsylvania professor advocates third-party checking: “Who do you trust to decide what constitutes misinformation? When it comes to political speech, I’d prefer not to have the decision … in the hands of some corporate entity.” She wants social media companies to incentivize “a process by which there is aggressive fact-checking … and people are able to see the fact-checking as they see the content.”

Another 2020 conference speaker, NYU social media and politics professor Joshua Tucker, is one of two external directors of a Facebook-funded study on the company’s impact on the 2020 election. “The findings will be an essential look at how what people see (or don’t see) on Facebook and Instagram affects their political attitudes and behaviors,” Tucker was quoted as telling The Daily Princetonian. Tucker’s study also grabbed the attention of Rappler, the Philippines-based news site founded by yet another 2020 speaker, Maria Ressa. She recently took time off from her legal battles in the Philippines to interview Wired editor-at-large and Facebook, The Inside Story author Stephen Levy on the state of that social media giant and its founded Mark Zuckerberg.

Wall Street Journal executive Washington editor and 2018 Camden Conference speaker Gerald Seib took on another currently hot topic in an interview last month: President Donald Trump’s takeover of the Republican Party and his attempt to remain a Washington “outsider” after nearly four years as president. “Lots of working class, middle class voters who used to be Democrats have moved into the [Republican] party over time for cultural reasons,” Seib told public radio station WBUR. These new Republicans “decided that the economic globalization, free trade embrace of the conservative movement, plus a lot of immigration, didn’t really fit with their view of the world. And Donald Trump understood all of that.” In the November election, much will hinge on Trump’s ability “to portray himself as still the outsider looking in and Joe Biden as essentially the status quo establishment candidate.”

While Americans obsess about the upcoming election, the world continues on its accustomed ways which, tragically, involve ever growing numbers of displaced persons. Nearly 15 million were driven from their homes in the first half of 2020 who could not or did not leave their countries of origin, reported the Swiss-based Internal Displacement Monitoring Centre (IDMC) headed by 2017 conference speaker Alexandra Bilak. This “staggering” figure doubtless added to the 50.1 internally displaced people counted at end-2019. ““Compounding this is the Covid-19 pandemic, which has reduced access to healthcare and increased economic hardship and protection risks for displaced communities,” The Guardian quoted Bilak as saying. Those looking to get outside the hour-by-hour news cycle might try 2011 “Challenges of Asia” Camden Conference speaker and Berkley economics professor Pranab Bardhan’s discussion of “The Fraught Link” between social democracy and capitalism.