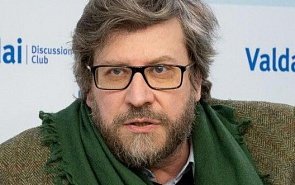 Camden Conference In the World-November 2022

At the annual gathering of Russia’s prestigious Valdai Discussion Group last month, discussion moderator and 2015 “Russia Resurgent” Camden Conference speaker Fyodor Lukyanov asked Russian President Vladimir Putin about a remark Putin had made to the same group in 2018 to the effect that, if there were a nuclear war, Russian victims would go to heaven as martyrs. Suggesting that thinking back on that made many people “slightly nervous,” Lukyanov asked: “We’re not in a hurry to get there, are we?” Putin reportedly remained silent for several seconds after the question, leading Lukyanov to say, according to state-owned Russia Today: “Now that you are lost in thought, it’s getting alarming.” Putin laughed and replied, “I intentionally got lost in thought to alarm you,” adding, “the effect has been achieved.” Lukyanov was quoted by the New York Times as suggesting to Putin that he might have “underestimated the enemy” in Ukraine and asking the president: “Honestly, society doesn’t understand — what’s the plan?”

Lukyanov was recently interviewed  on the Russian perspective on global order by Mark Leonard in his World in Thirty-Minutes podcast. Leonard is director of the European Council on Foreign Relations and spoke on “The Age of Unpeace” at the 2022 Camden Conference.

Constanze Stelzenmuller, who shared the stage in Camden with Lukyanov in 2015 and participated again here in early 2022, suggested in a recent blog for Brookings, that Putin’s threats involving nuclear weapons may be designed to instill “fear and paralysis,” arguably of exactly the sort that the Russian president himself talked about with Lukyanov at Valdai. Sabotage of physical and digital infrastructure “offers a far better benefit-to-cost ratio than nuclear weapons,” Stelzenmuller wrote. She is a senior fellow at Brookings.

Pierre Vimont, former French ambassador to the US, assessed the state of German-French relations in another Brookings blog. What is needed is not only a more “free-flowing conversation” between officials of the leading two EU members, but also more frequent use of the “Weimar Triangle,” in which Poland is brought into the group. Vimont, too, was a 2022 Camden Conference speaker and is a Brookings senior fellow.

What do speakers from our 2020 “Media Revolution” conference make of Elon Musk’s October takeover of Twitter? Joshua Tucker, co-director of the NYU Center for Social Media and Politics, suggested Musk will have trouble scaling back all that much on content moderation aimed at hate speech and misinformation on Twitter. “It’s impossible to run a platform without some form of content moderation, If he also wants to maintain the platform as a viable advertising platform,” Tucker told a San Francisco radio station. The succinct response from frequent Twitter user Jeff Jarvis, a journalist professor at City University of New York, was: “The sun is dark. Elon Musk completes Twitter takeover and fires top executives.” This appeared as a Tweet. Institute for the Study of Journalism senior researcher Nic Newman said that Musk will not make the platform too divisive because that would drive away its high-quality journalistic content, and that’s “unlikely to be good business.”

As a demonstration that Twitter isn’t the only thing on the minds of our 2020 speakers, Kathleen Hall Jamieson disclosed survey results showing that 53% of Americans disapprove of the Supreme Court, and only 39% approve.

University of Michigan professor, author and 2019 Camden Conference speaker Yuen Yuen Ang argued, in a New York Times op-ed piece just after the Chinese Communist Party conference last month, that China had witnessed the end of an era, with President Xi Jinping overturning the governing approach instituted by Deng Xiaoping 44 years ago. Auguring poorly for the world economy, Ang said the consequences of Xi’s “decision to emphasize security over economic vibrancy will be global.” That new emphasis on security is reflected in Xi’s Zero-Covid policy, Ang wrote: “His government’s approach to the pandemic, a public health policy in name, is in reality the most powerful security tool devised by the Communist Party, restricting access to the country and controlling who can go where.”