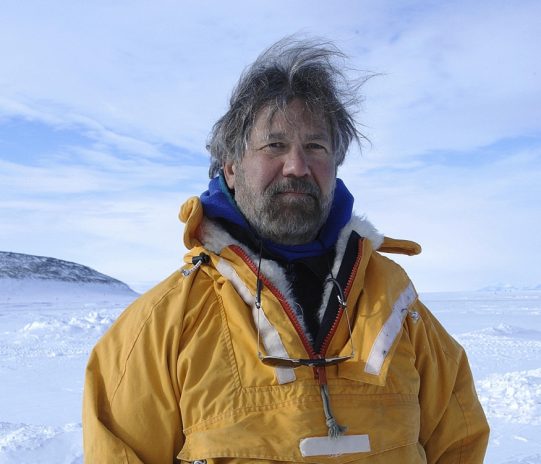 Camden Conference In the World-November 2020

New environmental records taken from an Alpine ice core and studied by scientists including Maine Climate Change institute Director and 2021 Camden Conference speaker Paul Mayewski show that a 1914-19 climate anomaly increased deaths in World War I and contributed to the severity of the 1918-19 Spanish flu outbreak that killed more people than any other pandemic in history. The climate anomaly was notable for “torrential rains and declining temperatures,” which created the mud fields that mark so many photographs from the period. Mayewski describes how, between 1914 and 1919, “a perfect storm” brought a “combination of a pandemic and climate change, and we all know that that’s exactly what’s happening right now.”

Mayewski’s fellow 2021 Conference speaker Sergei Medvedev was just awarded the prestigious Pushkin House 2020 prize, “awarded each year for the best non-fiction writing in English on the Russian-speaking world,” for his book The Return of the Russian Leviathan. Just a few weeks earlier, Medvedev announced that he was by “mutual decision” leaving the Higher School of Economics (HSE) in Moscow, described by Medvedev himself as “the best university” in Russia, due to growing “dissonance” between his own and the university’s perspectives.

Nicolai Petrov, a 2015 Camden Conference speaker and senior fellow at London’s Chatham House who similarly left the HSE last year, wrote last month on the Chinese-government-sponsored news service CTGN that Belarusian President Alexander Lukashenko “is almost over,” as he has lost the support of his people, of the West – and of Russia.

The wide spectrum of interests and viewpoints of former Camden Conference speakers is always striking, and perhaps the more so in this time of rapid global economic, political and social change. Avril Haines, a deputy director of the Central Intelligence Agency before becoming a national security advisor to President Barack Obama, dropped her usual low profile to answer objections from the left to her presence as a national security advisor to Democratic presidential candidate Joe Biden. The 2018 Conference speaker described to The Daily Beast why her devotion to “good process” does not mean she is also capable of promoting “big change.”

Hannah Beech, a Time magazine correspondent when she spoke at the 2011 Camden Conference and now with the New York Times, related this fascinating tale of twin brothers who as children were leaders of the ethnic Karen people’s God’s Army in a civil war in Myanmar and now battle “exile, alcohol and loss.”

Just how diverse CC’s speakers views can be on a particular region is represented by this full-throated advocacy by Cleo Paskal of India’s position in its ongoing power struggle with Beijing, written in the Indian press;  Martin Jacques’ equally full-throated assertion of the superiority of China’s response to the coronavirus, appearing in the Chinese press; and this more soft-spoken suggestion from Yuen Yuen Ang that “the idea that we can choose only between freedom in an American-style democracy and order in a Chinese-style autocracy is false.” The Russian and Chinese themes appearing in so much commentary on world affairs these days is pulled together in this discussion by 2013 speaker, Princeton professor and former Iranian nuclear negotiator Seyed Hossein Mousavian of Iran’s “pivot to the East.”