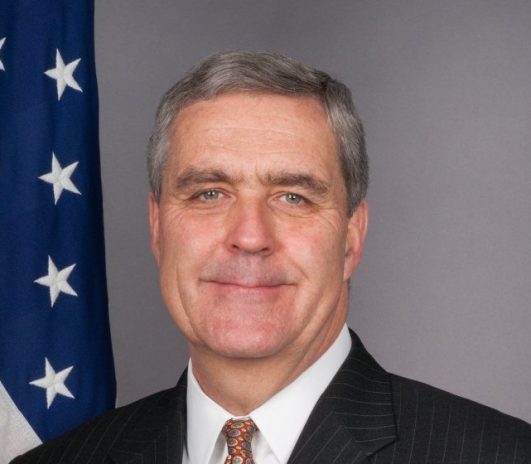 Camden Conference in the World-May 2022

Russia’s invasion of Ukraine and the West’s response will be “as significant a geostrategic inflection point as the 9/11 attacks were 20 years ago,” former US Ambassador to NATO Douglas Lute said in a Q&A in April with the Harvard Gazette. NATO will be enlarged from 30 to 32 members, its forces will be deployed further east, defense spending will increase, and Russia will become a “pariah state,” with diminished Western reliance on its energy and other resources, predicted Lute, a speaker at the all too timely 2022 Camden Conference on “Europe: Challenged at Home and Abroad.”  In an interview with ABC News around the same time, Lute maintained that Ukraine’s army is in the same relatively strong “moral” position in the ongoing Donbas battle that brought it victory in the earlier fight for Kyiv.

Fyodor Lukyanov, editor of Russia in Global Affairs and a speaker at Camden’s presciently titled 2015 conference on “Russia Resurgent,” in a new issue of the publication traces the origins of Russia’s new rupture with the West down the twisting paths from the days of Lenin, through Gorbachev and now Putin. For Russia, the result of February’s action is “avalanche-like changes,” Lukyanov writes. “But the whole world is living through a similar experience. An attempt to exclude the world’s biggest country from international life affects all spheres of human activity, although Russia’s modest share in the world economy could hardly have been expected to cause such a tsunami. But there is more to it than the economy. By abolishing globalization for itself, Russia is making a crucial contribution to its abolition for all.”

German international relations analyst and journalist Constanze Stelzenmüller, who spoke first at the 2015 and joined us again in 2022, discusses Germany’s role in enabling “Putin’s war,” the domestic political repercussions inside Germany, and Berlin’s “special responsibility to put a stop to the evil” in a passionate commentary that first ran in the Financial Times and has been made more widely available by Brookings.

Yasheng Huang, a professor at MIT’s Sloan School of Management and a participant in Camden’s 2019 conference “Is This China’s Century,” says the US should “immediately drop the extremely unhelpful rhetoric that the [Ukraine] war represents an existential struggle between democracy and autocracy,” if it wants to avoid seeing Beijing provide increasing assistance to Russia. In his comment in ChinaFile, Huang was responding to the question: What does Putin’s Invasion of Ukraine mean for China-Russia relations? (His is the third response).

Reverberations from the new cold war between Russia and the US are being felt strongly in the Arctic, and speakers from Camden’s 2021 conference on the “Geopolitics of the Arctic” are involved in the dialogue. “Some of what made the Arctic special, made it exceptional, seems not at hand at the moment. And we need to find a new way forward,” Ambassador David Balton, head of the US Arctic Executive Steering Committee, told representatives from seven of the eight Arctic nations at last month’s Arctic Encounter Symposium in Anchorage, Alaska. No Russian representative attended. In the Barents Observer, which he edits, Thomas Nilsen laid out the issues confronting the Arctic Council as a result of Russia’s actions in Ukraine, summarizing: “As of today, … the future of Arctic cooperation seems to be in jeopardy.”

Head of New York University’s Jordan Center for Advanced Study of Russia, Joshua Tucker, discussed with Popular Science magazine how constraints placed by social media companies on access to broad user data and operating algorithms – usually “in the name of protecting user privacy and intellectual property” – inhibit his and others’ research. This includes an ongoing effort by Tucker, a speaker at the 2020 Camden Conference on “The Media Revolution,” to trace the proliferation in the Western media of the Russian state narrative on the Ukraine War and other issues. Despite the constraints, researchers “figure out ways to make do with what we can get access to, and that’s the creativity of being a scholar in this field.” However, Tucker adds, “Society would be better served if we were able to work on what we thought were the most interesting research questions.”