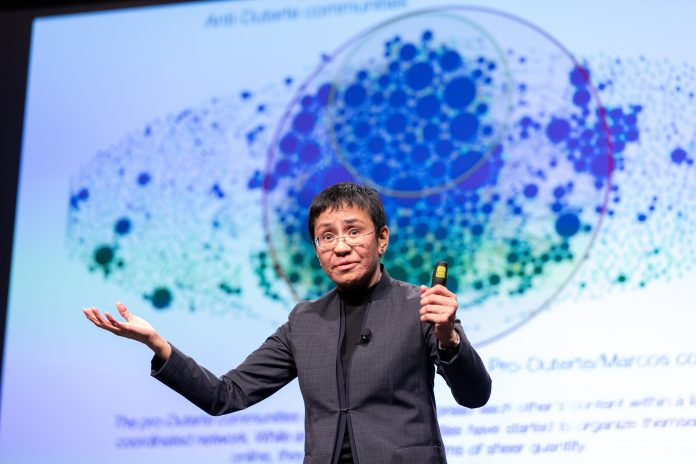 Camden Conference in the World-July 2020

From PBS News Hour to the BBC, and from the Philippines’ own daily Business World to The Hill in Washington DC, news outlets around the world rushed in to cover 2020 Camden Conference speaker Maria Ressa’s highly politicized conviction last month for libel, only a civil offense in many US states but a crime in the Philippines for which she could be punished by up to six years in prison. The award-winning journalist and founder of social news network Rappler is currently out on bail and appealing this conviction, one of eight crimes for which she has been charged under the government of President Rodrigo Duterte, a government that she is determined to “hold to account.”

Her fellow 2020 Conference speaker Jason Rezaian, now a columnist for the Washington Post, wrote that “while it is relatively unlikely that Ressa will ever be forced to serve jail time,” these sustained attacks on her and her work are designed to “exhaust her” and to “deter other truth-tellers from pursuing careers in journalism.” Rezaian in his column last month also drew parallels between protests he attended in Washington DC and the 2009 anti-government protests in Tehran at which he met his Iranian wife Yeganeh Salehi, who was also at the Conference in Camden earlier this year.

Like Ressa a thorn in the side of the authoritarian leadership of her country, 2016 Camden Conference favorite Kah Walla has stepped into the political void created by the failure of Cameroon President Paul Biya to take a pubic leadership role during the pandemic. Walla visited mosques ahead of Ramadan to argue for social distancing, distributed masks and retained her usual high profile during these difficult times among French and English speakers in the divided nation.

The annual Digital News Report from the Reuters Institute for the Study of Journalism found that in the 40 countries surveyed, only 38% of respondents trusted the news media prior to the coronavirus crisis. This soared to 59% in April, just before the report was published and a point when the crisis was still gathering force in many of these countries, only to fall back again by 11 percentage points in May sampling, the report’s lead author and another 2020 Camden Conference speaker, Nic Newman, told BBC. The report also found that while those surveyed in most countries have come increasingly over the last seven years to prefer media that exhibits “no particular point of view,” in the US the opposite is true: The percentage who prefer news that “shares their point of view” has increased by six percentage points since 2013, to 30%.

The big issues of this time of major change are bringing forth weighty comment from a number of past speakers. Speaker from the 2015 Conference  Fyodor Lukyanov, editor of Russia in Global Affairs and an increasingly important pillar of the foreign policy establishment in Moscow, mused on the as-yet-unknowable consequences the pandemic will have for humanity. University of Georgia professor and Guardian commentator on right-wing political movements Cas Mudde, a speaker at our 2018 Conference, speculated on why it is that anti-racism protests appear to be making more headway under Republican president Donald Trump than they did under Black Democrat Barack Obama.