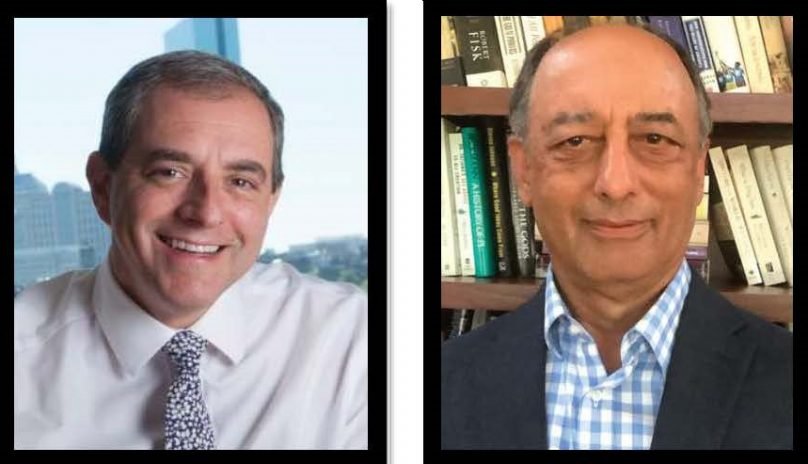 CC In the World Conference News

Camden Conference in the World – January 2023

Speakers lined up for next month’s 2023 Camden Conference on “Global Trade and Politics: Managing Turbulence” have been in the news as the world teeters on the brink of possible recession. What are the implications of the “unexpectedly tight” post-pandemic labor market? A recent study by David Autor, an economics professor at MIT, examines that question through the prism of the fact that the only the bottom 15% of US earners have experienced real wage growth over the last 12 months. The potential from India’s 2023 presidency of the G-20 is laid out in an interview with Autor’s fellow 2023 speaker Ajay Chhibber in Business World. India will be looking for a stronger voice for the Global South and “greater action on climate finance and climate justice and reform [of] the international financial architecture,” Chhibber said.

The most historically significant events of the last year are less likely to include the Ukraine war itself than important trends the war reinforced, including giving “NATO its mojo back” and illuminating the fact that “We are no longer in a unipolar world,” 2018 Camden Conference keynoter Stephen Walt suggested in a conversation with Foreign Policy’s managing editor in late December. A transcript is available to those outside the Foreign Policy paywall. Walt is the magazine’s self-described “resident realist” columnist and a senior international affairs professor at Harvard. Walt looks ahead to 2023 in the second part of this conversation.

Also looking to 2023, Wu Xinbo, the director of the Center for American Studies at China’s Fudan University who spoke in Camden in 2019, expects the Ukraine war to continue. The critical timing for resolution of the conflict could come in 2024, when both the US and Russia will hold presidential elections, he reportedly suggested at a conference in Beijing on “China in the World.” Wu sees three US goals in Ukraine: “to comprehensively weaken Russia, to stabilize the regime in Ukraine, and to push Europe to follow US policies,” according to China’s semi-official Global Times news site. Another 2019 speaker, author and MIT professor Yasheng Huang, accused China’s President Xi Jinping of breaking “the social contract that helped China prosper” in an opinion piece in the New York Times.

Avril Haines, US director of national intelligence and a speaker at Camden’s 2018 conference along with Walt, projected a “reduced tempo” in the Ukraine war through the winter and a more optimistic outlook for Ukraine in the spring, at the Raegan National Defense Forum in early December. Commenting on reports that advisors to Vladimir Putin may not be fully informing the Russian President on the Ukraine situation, Haines said: “It’s still not clear to us that he has a full picture at this stage of just how challenged they [the Russian military] are.”

“Trans-Atlantic unity has been and will remain critical to Ukraine’s survival and European security more broadly. But it will come under increasing strain,” European Council on Foreign Relations director and 2022 Camden Conference speaker Mark Leonard wrote in a widely circulated commentary last month. He described Putin as engaging in an “omni-conflict” aimed at prying open intra-European and trans-Atlantic rifts.