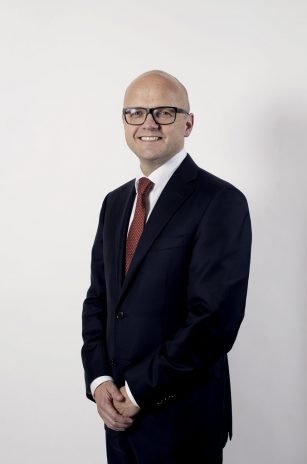 Camden Conference in the World-January 2021

“The world’s most far-reaching pact to protect and sustain ocean health” was signed late in 2020 by the leaders of 14 nations thanks in no small part to the efforts of Vidar Helgesen, a speaker at the upcoming 2021 Camden Conference on The Geopolitics of the Arctic and the “driving force” behind the agreement, according to National Geographic.  Including Canada and Mexico but not the US, the High Level Panel for a Sustainable Ocean Economy agreed to “sustainably” manage 100% of their national ocean waters by 2025 and to set aside 30% as “marine-protected areas” by 2030. Helgesen, Norway’s Special Envoy to the Panel and a former environment minister, explained that Norway’s idea in fostering the unusual coalition of states on the panel was “to get a group where high politics wouldn’t get in the way and we could be focused on the task.”

Polar exploration historian Michael Bravo, another 2021 Camden Conference speaker, joined in a recent debate in The New European over whether Frederick Cook or sometime-Mainer Robert Peary was the first  Western explorer to reach the North Pole. Given the rudimentary navigational devices they had and questions about the honesty of the reporting of both, Bravo says the truth likely depends on the answer to the question “How close is close enough.” For attendees to the upcoming online Camden Conference, the more important question may be the one asked by the New European to conclude the discussion with Bravo: “Who might be the last person to walk to the North Pole? With climate change quickening and iceless polar summers possibly on their way by 2035 we’ll soon be hailing and despairing in equal measure the first person to arrive at the pole by boat.”

“Although funding for Arctic science is increasing, we are not experiencing this same trend for Indigenous knowledge research,” Saami Council leader Gunn-Britt Reter recently told the Science Daily. The result is to create pressure on indigenous people to work with scientists even when their efforts “feel tokenistic and do not meet the needs of our communities.” This view was confirmed in a study by indigenous knowledge workers, including Reter, published this autumn in the British journal People and Nature. Reter will be presenting the views of the Saami Council, a grouping of indigenous organizations in Finland, Norway, Russia and Sweden, to the February Camden Conference.

As Europe starts to cast an eye beyond the pandemic, a speaker from the Camden Conference’s last exploration of the health of the EU, back in 2007, is emerging as an influential critic of the status quo. Ulrike Guerot, founder and director of the European Democracy Lab in Berlin and author of Why Europe Should Become a Republic! is described in the independent weekly New Europe as a thinker who reflects “the perspective of the younger generation and draws attention to precarious living conditions and emphasizes the regions and smaller EU states.” She’s a favorite of late also in the British press, where she was quoted as noting: “The idea that we will just carry on and things will be fine … is becoming very wobbly.”

Another speaker from that 2007 conference, director of the Carnegie Moscow Center Dmitri Trenin, in an interview with Nikkei Asia described a recent first-ever mention by Russian President Vladimir Putin of a possible military alliance between Russia and China as “a signal … that the U.S. should be aware of the possibility and [that it] become more cautious about its relations with Russia and China.” While Trenin doesn’t see such a Russia-China alliance as likely, “If a further intensification of tensions between the US and China clearly divides the world into two blocs, Russia will have no other choice but to join the China-led camp and fall into a subordinate status, in effect,” Trenin explained.

Free-press crusader, founder of Rappler.com new site in the Philippines, and Camden Conference 2020 speakerMaria Ressa made the Bloomberg Business Week 50 list of “people who defined an unprecedented year,” after she was convicted of libel in what Business Week terms “a landmark case for journalistic freedom.” This accolade, which follows on Ressa’s 2018 designation as a Time magazine Person of the Year, came just a few weeks after Ressa refused to enter a plea in yet another libel case, one which she termed “ludicrous,” according to Reuters.

CC In the World News
4 Likes