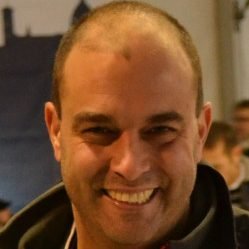 Camden Conference in the World-January 2020

Facebook lists 2020 Camden Conference speaker Joshua Tucker as one of the “experts” it consulted in developing a pilot program for “community reviewers” to help with its fact checking. Tucker, a Russian and Slavic studies professor, as well as co-director of the NYU Social Media and Political Participation (SMaPP) laboratory, featured his other area of expertise in an article he co-authored in The Washington Post recently about findings that people in post-communist regimes have less devotion to democracy and are were more inclined to like state-supported social welfare than others.

Everything you ever wanted to know about news podcasts can be found in a new study by another upcoming Camden Conference speaker, Nic Newman, a journalist, visiting fellow at the Reuters Institute for the Study of Journalism, and consultant on digital media. It turns out that news podcasts are enjoying faster growth in advertising than any other category of podcasts – good news that is motivating more and more financially squeezed publishers to turn in that direction.

Based on actions Boris Johnson took as foreign secretary, 2018 conference favorite Cleo Paskal sees potential for the newly elected UK Prime Minister to expand and reenergize Britain’s role both in smaller Commonwealth countries and with big players such as India. Writing in India’s Sunday Guardian, however, Paskal — a fellow at international affairs institutes in the UK, India and her home country of Canada — argues that “for Johnson’s vision of a Global Britain to really work, it will take a range of new, and renewed respect-based, informed relationships with countries large and small.”

On a sad note, prominent Tanzanian business leader Ali Mufuruki, whose wise and measured words many of us remember from the 2016 The New Africa conference, died of complications from pneumonia in early December in Johannesburg.