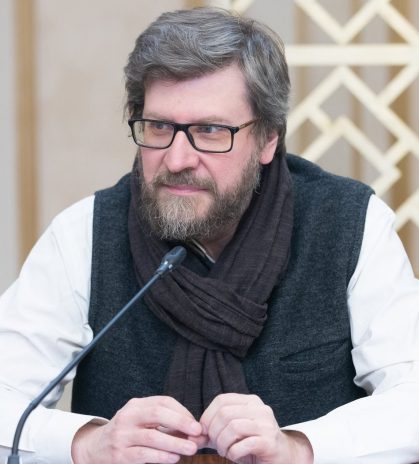 Camden Conference in the World-February 2020

Speakers from Camden Conferences past are as absorbed by the media revolution as our 2020 speakers promise to be. Take Fyodor Lukyanov, a compelling presence at our 2015 conference and editor-in-chief of Russia in Global Affairs. He argues in the latest issue that the “information revolution” has “simplified social and political processes” to such an extent that it no longer takes a political party, leader or even idea to bring people out on the streets. “All it takes to mobilize people is mass presence in social networks and a convincing call from an activist.” The result is what he describes as “public impeachment” around the world, protesting not only US president Donald Trump but governments from Venezuela to Hong Kong, Iran, Iraq, France and numerous spots in between.

Ma Jun, who many will remember from our 2019 conference for his description of how citizen activists played such an important part in sharpening China’s focus on environmental problems, described recently to the French press agency AFP how China is about to ban plastic bags in major cities by the end of 2020 – a move in which they will be following many of our trend-setting Midcoast Maine towns. Ma made quite a splash in the media thanks to his presence at the recent World Economic Forum in Davos, in which environmentalism and the climate crisis featured prominently.

Jason Rezaian, a late addition to our great slate of speakers for the upcoming conference on “The Media Revolution: Changing the world,” provides the kind of nuanced view that we’ve come to expect from conference participants in one of his recent Washington Post columns, written on the fourth “free-versary,” as he terms it, of his and his wife Yeganeh Salehi’s US government-negotiated release after 544 days in an Iranian prison. Recounting the intense criticism his columns have aroused from many sides of the complex relationship between the US and Iran, he concludes: “I have to remind myself that this craziness isn’t really about me. It’s a reflection of the raw emotions that now dominate the U.S.-Iran relationship. My only hope is that our two countries will find a way back onto the path of reason and figure out a way to avoid blowing each other up.”

Another of the journalists coming to our 2020 conference who has put her freedom and even life on the line in “the battle for truth,” founder and Executive Editor of the Philippine news site Rappler.Com Maria Ressa, wrote last month in the Princeton Alumni Weekly of her experiences with hostile authorities. “We journalists can’t do this alone,” is her concluding thought. “So ask yourself again: What are you willing to sacrifice for the truth?”