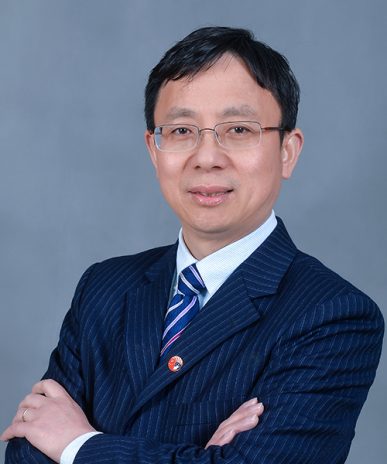 Camden Conference in the World-December 2022

Director of American studies at Fudan University and 2019 Camden Conference speaker Wu Xinbo was part of a semi-official delegation of Chinese foreign policy experts who visited the US concurrently with President Joe Biden’s November meeting with President Xi Jinping. “We have to be prepared to compete with the US, this is not avoidable,” Wu was quoted as saying by the Hong Kong-based South China Morning Post. “It’s not because we want to compete with the US to be the first in the world, it’s because the US has shown a significant change in policy towards China, and we have to compete if we want to protect our core interests.”

Hoover Institution Senior Fellow Elizabeth Economy, who shared in stage in Camden with Wu in 2019, sees Xi’s vision for China as very different from the reluctant competitor Wu describes. “In Xi’s vision, a unified and resurgent China would be on par with or would surpass the United States. China is the preeminent power in Asia… [in Xi’s vision,] the United States has retreated back across the Pacific to assume its rightful place as an Atlantic power. Moreover, the formidable network of U.S. alliances that has underpinned the international system for more than 70 years is dissolving…” However, Economy argued in Foreign Affairs last month, “outright success” for such a vision “appears unlikely.”

David Autor, MIT economist and a speaker for the upcoming 2023 conference, maintained as far back as 2016 that the shock to the global economy from China’s massive export growth effectively ended in 2010, having begun way back in 1992. More recently, Autur explained to National Public Radio how and why he thinks the Biden administration’s paycheck protection program could have been much better.

“The new Cold War is here to stay and will escalate,” University of Michigan professor and another 2019 Camden Conference alumna, Yuen Yuen Ang, told the New York Times. “Naturally, Xi feels threatened: He knows that under Biden, the Chinese Communist Party has a formidable and determined rival.”

The University of Maine’s Climate Change Institute, headed for the last 20 years by 2021 Camden Conference speaker and world-famous glaciologist Paul Mayewski, celebrated its 50th anniversary this year. In an interview with the podcast series The Maine Question, Mayewski recounts the role the multi-disciplinary CCI has played over five decades in developing the field of study now called climate science. After that long journey, the Maine-based scientist says he still has “a very bright view of the future.”

The Inuit voice was brought to the COP27 UN climate conference in Egypt by, among others, Sara Olsvig, the international chair of the Inuit Circumpolar Council (ICC) and another speaker at Camden’s 2021 conference on “The Geopolitics of the Arctic.” After the gathering, Olsvig welcomed the COP decision to establish a “damage and loss fund,” but bemoaned the absence of detail. “We will work hard to ensure that Inuit, who have been on the front lines of climate changes for decades, will have equitable access to the fund,” she added.

Nobel Peace Prize laureate and 2020 Camden speaker Maria Ressa recounts in greater detail than many of us will have seen the history of her newsite Rappler’s relationship with Facebook in an opinion piece in Toronto’s Globe and Mail. She included a charge that Facebook is “by design, dividing us and radicalizing us – because spreading anger and hatred is better for Facebook’s business.