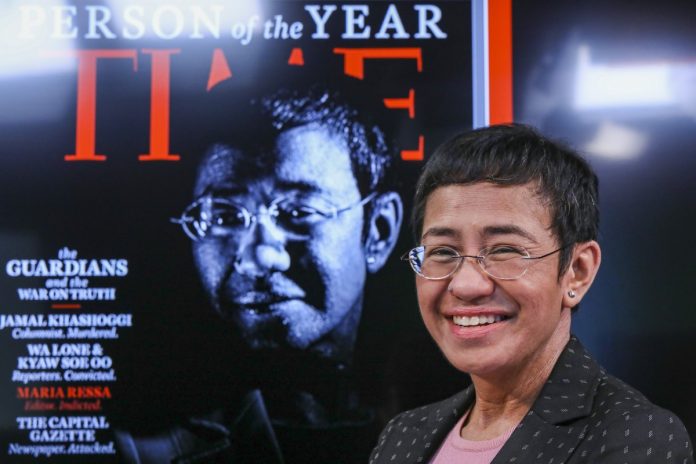 Camden Conference in the World-December 2019

“The world as we know it has been destroyed. We now have to actively create what the new world will look like,” Philippines journalist Maria Ressa, a speaker at the upcoming 2020 Camden Conference on The Media Revolution: Changing the World, told the Reykjavik Global Forum last month. In an interview conducted at the forum by CBS News anchor Elaine Quijano, Ressa explained how social media has overwhelmed traditional journalism outlets in the Philippines and threatens to do so in the US and other countries, as well, posing a threat to our way of life. “The business model of journalism is failing … and the impact on our democracies is real, “she said. “Our dystopian present in the Philippines is your dystopian future.”

Across the world, in Lebanon, two former Camden Conference speakers, Maha Yahya from the 2017 conference and Yossi Alpher from 2005, see a different but equally fundamental change at hand, with an equally uncertain outcome. Each shared their thoughts on the ongoing uprising in Lebanon with the Christian Scientist Monitor: “It’s hard to know how things are going to move, because the force of the demonstrators is really powerful, and the tenacity of the old guard is equally powerful,” said Khouri, now a professor at the American University of Beirut (AUB) and also at the Harvard Kennedy School. “There is something fundamental shifting beneath society, and we can see it,” Yahya, director of the Carnegie Middle East Center in Beirut, said in the same article. “It is palpable; we can touch it. But where it’s going to lead, we still don’t know.”

Cas Mudde, a commentator on the populist right that is in the vanguard of so much of the political change around the world and a professor at the University of Georgia, argues in The Guardian that Michael Bloomberg’s entry into the Democratic Party presidential primary “is not evidence of grassroots dissatisfaction among the Democratic base. Rather, it is evidence of a centrist political establishment that worries that its days of influence and power are numbered.”

Camden Conference 2019 alumna Elizabeth Economy and others explained in a podcast for her employer, the Council on Foreign Relations, why China once first took so much of America’s “recyclable” plastic garbage, then quit taking it when the plastic became too dirty to reprocess, and what it has meant for recycling here in the US. Another 2019 conference speaker, Yuen Yuen Ang, a political science professor at the University of Michigan, last month used China an example to explain how “inclusive economic growth” is the best way to lift people out of poverty.

The social, political and environmental change that characterizes today’s world sees increasingly huge numbers of people displaced from their homes. Some 265 million people have been displaced by disasters of various types since 2008, Alexandra Bilak, another speaker from the 2017 Camden Conference on Refugees and Global Migration, wrote earlier this fall. She argues in a Reuters opinion piece that a first step in dealing with such risks is to gather more data on where different types of disasters are likely to occur, of the type compiled by the Internal Displacement Monitoring Centre (IDMC) she heads. Hopefully, she concludes, governments will then use that data to help develop resilient infrastructure.