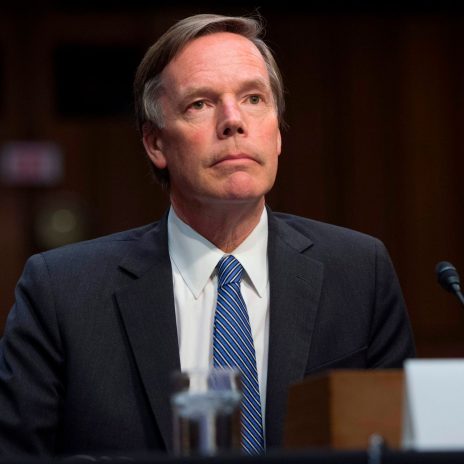 Camden Conference in the World-August

Nicholas Burns, speaker and moderator at multiple Camden Conferences-past and now US ambassador to China, requested publicly that authorities in Beijing quit spreading Russian propaganda, including “accusing NATO of starting this war” in Ukraine and “telling lies about American bioweapons labs, which do not exist in Ukraine.”  At the same event, at Tsinghua University in Beijing, Burns termed the Russian war with Ukraine “the greatest threat to global world order.”

Fyodor Lukyanov, editor of Russia in Global Affairs and chair of the Presidium of Russia’s Council on Foreign and Defense Policy, in an article on the state-supported Russia Today news site posed the question of why the US has found so little support in the non-Western world for isolating Russia, given that few actively support Russia’s actions in Ukraine. “it’s not about sympathy for Russia, but antipathy to the West,” he argues.

Seyed Hossein Mousavian in the Middle East Eye proposed a solution to the impasse in Iran’s indirect nuclear talks with the US over the issue of US guarantees not to withdraw again. Accepting that President Joe Biden cannot commit his successors, the 2013 Camden Conference speaker suggested, “The Biden administration and the other world powers could agree that, if the US withdraws again, Iran would have the right to leave the JCPOA (the nuclear agreement).” While outlining how such a proposal might work, Mousavian – a participant in earlier Iranian/US nuclear negotiations and now a professor at Princeton — suggests that a resumption of talks between Iran and Saudi Arabia might be a good first step towards a deal.

Carnegie Europe Senior Fellow and 2022 Camden Conference speaker Judy Dempsey, in her Strategic Europe column, called on Germany and its Chancellor Olaf Scholz to provide “a strategic mindset that is anchored in leadership, not ambiguity” on the Ukraine war and related energy issues. Under Angela Merkel and many of her predecessors as Chancellor, Germany and therefore the EU avoided asking the tough question of “what kind of long-term relationship the Europeans needed and wanted with its Eastern neighbors and Russia, and what kind of direction the EU should take.”

Peter Wilcox, the Green Peace ship’s captain who became a Camden community events presenter for the 2015 Russia Resurgent conference, stepped in to save ferry service to Islesboro in July, when the Maine State Ferry Service came up short on crew in July and was about to cut back on its schedule.