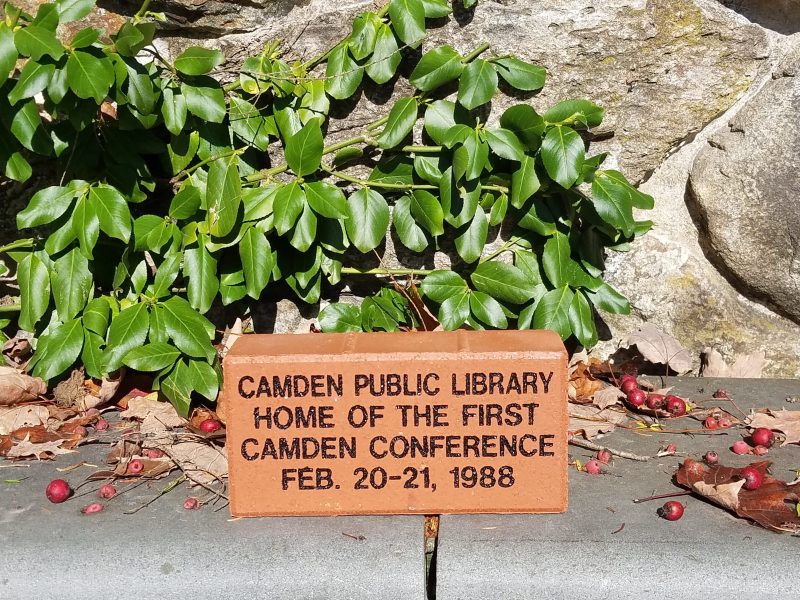 As part of the library’s Campaign for the Future, the Camden Public Library is inviting their neighbors and friends to purchase a brick that will be part of the library’s brick garden, to be located alongside the wall on Atlantic Avenue. The first Camden Conference was held at the CPL in 1988, as commemorated by our brick which will be added to the new garden. Community support is part of what keeps both the CPL and the Camden Conference strong.