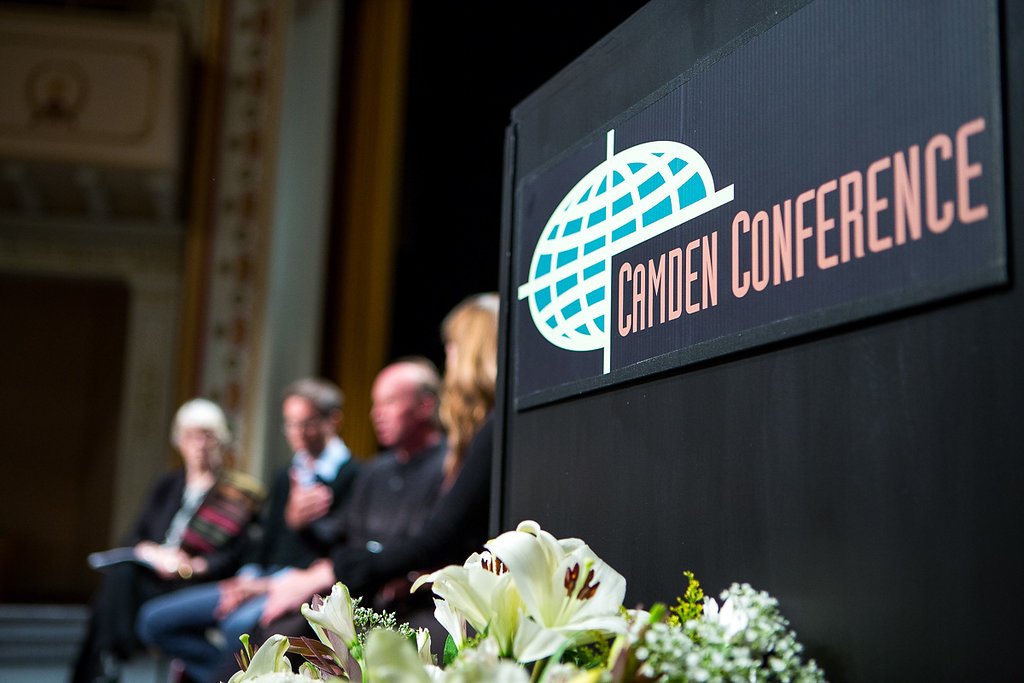 BUILDING THE CAMDEN CONFERENCE: Creating an Opportunity for Discourse on Global Issues (part 1)

For three days each February the world comes to the little (pop. 4,850) midcoast Maine town of Camden. Speakers from around the globe arrive in Camden along with interested participants, including students, from Maine and from hometowns around this country. The speakers stand at the lectern of the graceful old Camden Opera House, where all 489 seats are filled, to share their wisdom on Africa: South of the Sahara (1999), Islam and Politics in the Middle East (1996), Is this China’s Century? (2020) or other topics of global importance. The Conference is live-streamed to a sold-out Strand Theater in nearby Rockland and the Hutchinson Center in Belfast, as well as to Portland. Maine. Total audience for a typical conference exceeds 1,200.

In the months leading up to the Conference, local experts on aspects of the upcoming February topic volunteer or are recruited to speak in public libraries across Maine, creating interest in, and expanding the knowledge of the topic of the Big Event upcoming. Add an evening of erudite showmanship called The Tom and Mac Show, another sold-out event, and you have a schematic of the Camden Conference.

Because we believe that it is critically important to prepare the next generation of citizens and policy leaders to face the complex challenges of the 21st century, during the year – through our “Camden Conference in the Classroom” (CCC) program – we support high school students as they learn about the upcoming Camden Conference’s topic concerning a global challenge and then participate in the February Conference. Our Education Committee, chaired by Matt Storin, is responsible for the CCC as well as outreach to colleges and universities.

All of this is accomplished by a paid staff of exactly two and a battalion of volunteers.  Erin Towns, a Maine teacher, offers another pair of helping hands as she works with the Education Committee as a liaison with the CCC program. We thought that you, as a supporter of the Camden Conference, might appreciate a glimpse of what happens before the event itself.