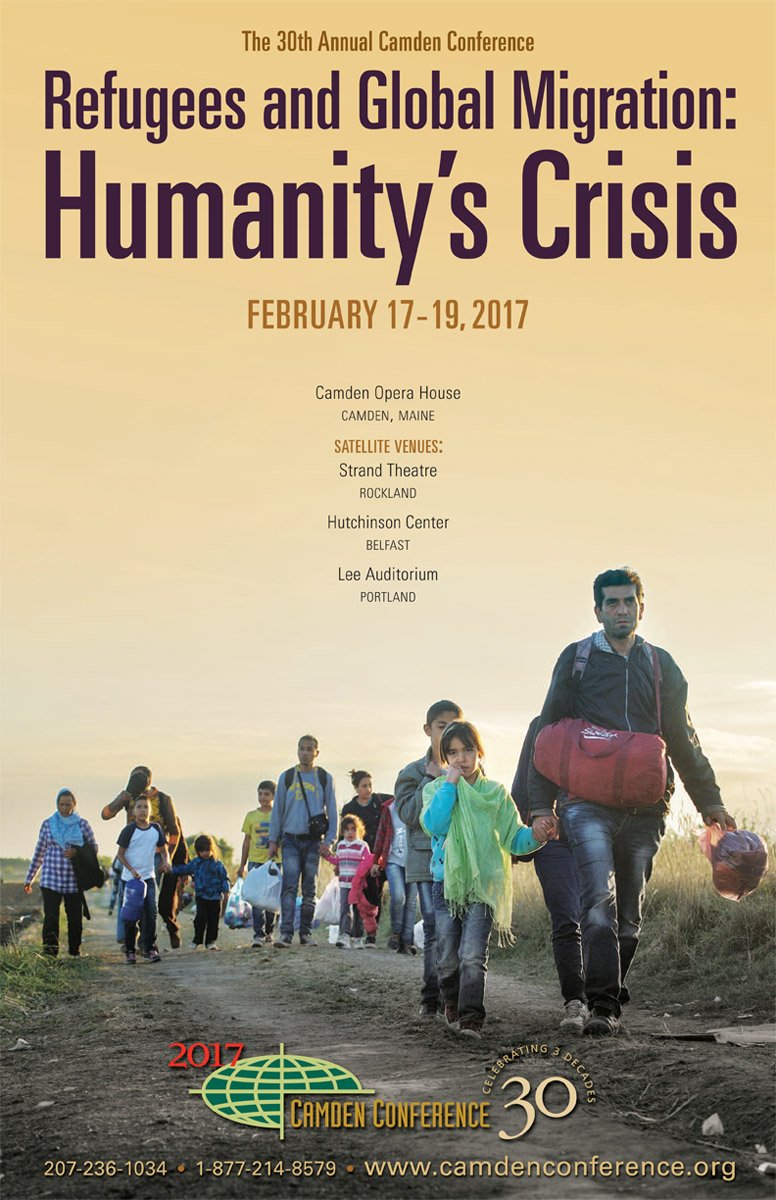 Across the Middle East, in Central America and Sub- Saharan Africa, Central and Eastern Europe, and South and Southeast Asia, an extraordinary human migration is underway. More than 65 million people are now on the move, seeking food, safety, and better lives for themselves and their families. They are fleeing for a variety of reasons: wars, ethnic and religious conflicts, corruption and crime, and the growing consequences of climate change. The post–World War II international framework—created to meet what was then an unprecedented flow of humanity across borders—is now facing its severest crisis.

The 2017 Camden Conference—“Refugees and Global Migration: Humanity’s Crisis”—will feature lively discussions with speakers chosen for their firsthand knowledge and strong views on migrant and refugee issues. They will explore the varied causes of the current international crisis and the unique challenges that come with accepting immigrants from particular countries, regions, and demographic groups. Speakers will also examine the political, economic, and social consequences of population flight for the countries they have abandoned in the Middle East, Africa, and Central America. Going beyond the present crisis, Conference speakers will examine the factors that will likely drive migration in the coming decades—from dramatic demographic shifts to climate change, natural disasters, and ethnic, territorial, and political conflicts. And, turning the spotlight in our direction, speakers will discuss the role that should be played by the United States, a country built by immigrants.

The moderator will be Jeanne Bourgault, President and CEO of Internews, a global nonprofit focusing on the need for accurate information for people affected by wars and natural disasters. Previously, she worked on development projects in Russia, Kosovo, Serbia and Montenegro.

The Conference will be held February 17-19, 2017, at the Camden Opera House and live-streamed to the Strand Theatre in Rockland, the Hutchinson Center in Belfast and Lee Auditorium in Portland. Tickets are currently available to members and go on sale to the general public online or by mail November 28. Visit the Conference website at www.camdenconference.org to become a member and for more information.