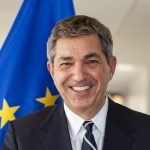 Stavros Lambrinidis has been the Ambassador of the European Union to the United States since 2019.  From 2012 to February 2019, he served as the European Union Special Representative for Human Rights. During 2011, he was Foreign Affairs Minister of Greece.

During 2000-2004 , he was Director-General of the International Olympic Truce Centre, an International Olympic Committee organization.  Previously, he had served as Ambassador ad personam of the Hellenic Republic; Secretary-General of the Greek Foreign Ministry, responsible for Expatriate Greeks; and Chief of Staff to the Greek Foreign Minister. From 1988 to 1993, he was an attorney at Wilmer, Cutler & Pickering in Washington, D.C., specializing in international trade, transactions and arbitration. Mr. Lambrinidis, who was born in Athens, is a graduate of Amherst College and Yale Law School, where he was Managing Editor of The Yale Journal of International Law. 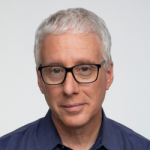 David Brancaccio is host and senior editor of American Public Media’s Marketplace Morning Report. He anchored the award-winning public television news program NOW on PBS until 2010. His reporting has focused on the future of the economy, regulation of financial markets, the role of technology in labor markets, human rights, the environment, and social enterprises.
Read more

David’s work has earned some of the highest honors in broadcast journalism, including the Peabody, the Columbia-duPont, the Emmy, and the Walter Cronkite awards. His feature-length documentary film about economic alternatives entitled Fixing the Future was released in theaters nationwide in 2012 and is now available from Netflix, iTunes, and on-demand cable television.

He is author of a book about Americans applying their personal values to their money, entitled Squandering Aimlessly. David has a BA from Wesleyan
University and an MA in journalism from Stanford University. He is married to Mary Brancaccio, a poet and educator. He grew up in Waterville, Maine and also attended schools in Madagascar, Ghana, and Italy. His enjoys public speaking, moderating, bicycling and photography. 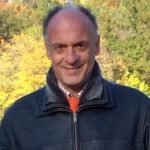 Othon Anastasakis is the Director of South East European Studies at Oxford University and Senior Research Fellow at St. Antony’s College. He is also an Adjunct Professor at Simon Fraser University in Vancouver, Canada and Region Head of Europe at Oxford Analytica.

Dr. Anastasakis is the Principal Investigator of research projects exploring the relationship between Greece and its diaspora in the context of economic crisis and migration diplomacy and Turkey-EU relations.  His other research interests include European populism and the extreme right, transition and democratization in Southern and South Eastern Europe, Balkan comparative politics, Turkish foreign policy in the Balkans, Greek-Turkish relations, Russia in South East Europe, and the European Union’s enlargement.

Dr. Anastasakis received his BA in economics from the University of Athens, his MA in comparative politics and international relations from Columbia University, and his PhD in comparative government from the London School of Economics. He holds additional degrees in French literature and politics from Paris IV and in Spanish literature, history, and the history of art from the Universidad Internacional Menendez Pelayo.

Among his recent publications are The Legacy of Yugoslavia: Politics, Economy and Society, (2020) and Aligning Monetary Policy with Financial Stability: Objectives, responses and interaction in times of uncertainty in South East Europe (2017). 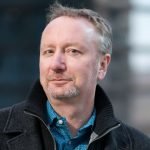 Mark Blyth is Director of Brown University’s William R. Rhodes Center for International Economics and Finance and William R. Rhodes ’57 Professor of International Economics, with a joint appointment in political science.  Dr. Blyth studies how uncertainty and randomness impact complex systems, particularly economic systems, and “why people continue to believe stupid economic ideas despite buckets of evidence to the contrary.”

Dr. Blyth’s research spans two main areas: the political power of economic ideas and the political economy of the rich democracies.  His books have included Great Transformations: Economic Ideas and Institutional Change in the Twentieth Century (2002), Austerity: The History of a Dangerous Idea (2015), The Future of the Euro (with Matthias Matthijs, 2015), and Angrynomics (with Eric Lonergan, 2020).  His forthcoming book is The New Politics of Growth and Stagnation (with Lucio Bacarro and Jonas Pontusson, 2022).   He has over 40 published peer-reviewed articles in leading European and American journals. 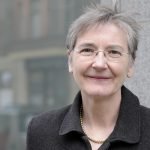 Judy Dempsey is a Nonresident Senior Fellow at Carnegie Europe and Editor in Chief of the Strategic Europe blog, which has been an important resource on European affairs since 2012. She is also the author of the book The Merkel Phenomenon (Das Phänomen Merkel, 2013).

Ms. Dempsey worked for the International Herald Tribune from 2004 to 2011 as its Germany and East European Correspondent and from 2011 to September 2013 as a columnist. She was the diplomatic correspondent for the Financial Times in Brussels from 2001 onward, covering NATO and European Union enlargement. Previously, she had served as the Financial Times’ Jerusalem bureau chief (1996–2001), Berlin correspondent (1992–1996), and Eastern European correspondent in London (1990–1992) She has also reported on Central and Eastern Europe for the Irish Times and the Economist.

Ms. Dempsey graduated from Trinity College, Dublin, where she studied history and political science. She has contributed to several books on Eastern Europe, including Developments in Central and East European Politics (2007) and The Soviet Union and Eastern Europe: A Handbook (1985).

In 2021, Ms. Dempsey is the recipient of the “Ernest Udina Prize to the European Trajectory,” awarded by the European Journalists Association in Barcelona, Catalonia.   She is also a Europe’s Futures Fellow at the Institute for Human Sciences, Vienna, during 2020-2021. 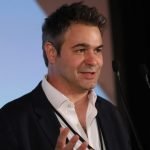 Mark Leonard is the director and co-founder of the European Council on Foreign Relations, a council of 300 European leaders including serving and former presidents, prime ministers, economics and foreign ministers. His expertise and interests include geopolitics and geoeconomics, China, EU politics and institutions.

Writing and commenting frequently in the media on global affairs, Mr. Leonard has also authored three major books on geopolitics. The most recent, The Age of Unpeace: How Connectivity Causes Conflict (2021), discusses how geopolitics is reshaping the global economy as all the things that bind us together – supply chains, infrastructure, migration, the internet – are turned into weapons and currencies of power.

Previously he worked as director of foreign policy at the Centre for European Reform and as director of the Foreign Policy Centre, a think tank he founded at the age of 24 under the patronage of former British Prime Minister Tony Blair.  He has been a visiting scholar at the German Marshall Fund of the United States and the Chinese Academy for Social Sciences. 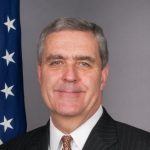 Douglas Lute is the former United States Permanent Representative to the North Atlantic Council, NATO’s standing political body.  Appointed by President Obama, he assumed the Brussels-based post in 2013 and served until 2017.   During this period, he was instrumental in designing and implementing the 28-nation Alliance’s responses to the most severe security challenges in Europe since the end of the Cold War.  He received the State Department’s Distinguished Honor Award.

A career Army officer, in 2010 he retired from active duty as a lieutenant general after 35 years of service.

During the Bush and Obama administrations, he served a total of six years in the White House. In 2007 President Bush named him as Assistant to the President and Deputy National Security Advisor to coordinate the wars in Iraq and Afghanistan.  In 2009 he was the senior White House official retained by President Obama, and his focus on the National Security Council staff shifted to South Asia.

Before being assigned to the White House, General Lute served as Director of Operations (J3) on the Joint Staff, overseeing U.S. military operations worldwide.  From 2004 to 2006, he was Director of Operations for the United States Central Command, with responsibility for U.S. military operations in 25 countries across the Middle East, eastern Africa and Central Asia, in which over 200,000 U.S. troops participated.

In earlier assignments he served as Deputy Director of Operations for the United States European Command in Stuttgart, Germany; Assistant Division Commander in the 1st Infantry Division in Germany; Commander of U.S. Forces in Kosovo; and Commander of the Second Cavalry Regiment.  Throughout his military career he received numerous honors and awards, including three awards of the Defense Distinguished Service Medal.

General Lute holds degrees from the United States Military Academy at West Point and from the Kennedy School of Government at Harvard University. 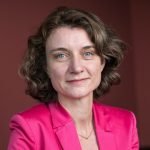 Daniela Schwarzer is executive director for Europe and Eurasia of the Open Society Foundations.  An expert in European affairs and transatlantic and international relations. Prof. Dr. Schwarzer is an honorary professor of political science at Freie Universität Berlin and a senior fellow at the Harvard Kennedy School’s Belfer Center.

Prior to joining Open Society, Prof. Dr. Schwarzer was director and CEO of the German Council on Foreign Relations. Before this, she had served on the executive team of the German Marshall Fund of the United States and worked at the German Institute for International and Security Affairs. She has been a special advisor to European leaders such as EU High Representative Josep Borrell and to countries including Poland and France during their EU Council presidencies. Prof. Dr. Schwarzer has also worked as an opinion page editor and France correspondent for the Financial Times Deutschland.

She has held positions as a lecturer, researcher and academic fellow at institutions that include Johns Hopkins University’s School of Advanced International Studies, Harvard University’s Weatherhead Center for International Affairs, the Freie Universität Berlin, and the Hertie School of Governance. She serves on the advisory boards of the European Council on Foreign Relations and the Jacques Delors Institute and is a non-executive board member of BNP Paribas. 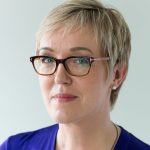 Constanze Stelzenmüller is the inaugural holder of the Fritz Stern Chair on Germany and trans-Atlantic Relations in the Center on the United States and Europe at Brookings. She was a speaker at the 2015 Camden Conference on Russia.

An expert on German, European, and trans-Atlantic foreign and security policy and strategy, she has been a Senior Fellow in the Center on the United States and Europe, held the Kissinger Chair on Foreign Policy and International Relations at the Library of Congress, and served as the inaugural Robert Bosch Senior Fellow at Brookings.

From 1994 to 2005, she was an editor for the political section of the German weekly DIE ZEIT, where she had also served as defense and international security editor and covered human rights issues and humanitarian crises.

Her essays and articles, in both German and English, have appeared in a wide range of publications, and she is also a frequent commentator on American and European radio and television. 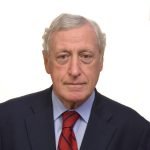 Pierre Vimont is a senior fellow at Carnegie Europe. His research focuses on the European Neighborhood Policy, trans-Atlantic relations, and French foreign policy.

From March 2016 to January 2017, Ambassador Vimont served as the special envoy for the French initiative for a Middle East Peace Conference. Previously, the president of the European Council, Donald Tusk, had nominated him as his personal envoy to lead preparations for the Valletta Conference between EU and African countries to tackle the causes of illegal migration and combat human smuggling and trafficking.

Prior to joining Carnegie Europe, Ambassador Vimont was the first executive secretary-general of the European External Action Service (EEAS), from December 2010 to March 2015.

Ambassador Vimont is a knight of the French National Order of Merit, a membership awarded by the President of France for distinguished achievement in civil or military affairs.

He holds a degree in law from Pantheon-Sorbonne University, and is a graduate of the Paris Institute of Political Studies (Sciences Po) and the National School of Administration (ENA).

ALREADY A MEMBER?
LOGINWELCOME BACK
LOGIN HERE
NOT A MEMBER?
JOINWELCOME!
JOIN TODAY
SUPPORT A
STUDENT!THANK YOU
HELP A STUDENT
REGISTRATION
REGISTERIN DECEMBER
FOR INFO
×
We use cookies to ensure that we give you the best experience on our website. By continuing to visit our website, you are agreeing to the use of cookies and other similar technologies for the purposes we describe in our Privacy & Cookies Policy.OkNoPrivacy policy